I never expected the reaction that the Steve Geppi article has gotten, but I am pleased.  So far it's all been positive, but there has been one point I feel I need to address - Jerry Weist.  I have nothing but respect for Jerry.  Although I never met him, never spoke to him and never corresponded with him, I respect what he did and his opinions.  At no point in the article did I intentionally denigrate him, I merely reported that he valued the art at over $2,000,000 and that the price Geppi did(n't) pay was less than half of the original valuation.  Weist was paid for his work, by Geppi, as per the agreement of sale.

For the record, Geppi, in his formal 'Answer to Plaintiff's Interrogatories', filed on the 28th of June, 2010, made the following claims as fact: when asked to account for every piece sold, identity of the piece, the date it was sold, to whom it was sold and the amount the art realised, Geppi answered, "There are no records available which provide the information requested."  For a company as major as Diamond this is sloppy beyond belief.  Geppi also stated that he had information that the Montana family and Jerry Weist agreed to have Weist over-value the collection in order to get a 'more favourable dollar value'.  That's a damning claim and it's a shame that Geppi was never asked, on record, as to where he got that information from.

In the meantime, if you're a retailer and owe Diamond money, when they ring and ask why you've not paid the account, simply tell them in the words of Steve Geppi, "No money."  Somehow I doubt that they'd accept that as a valid excuse.

Right here you can see Jerry Weist's valuation, as given to Steve Geppi.  If you read it then you're one up on him as he didn't bother. 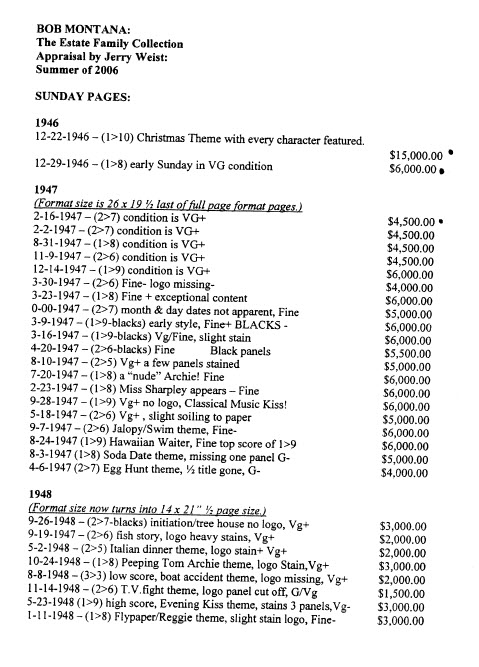 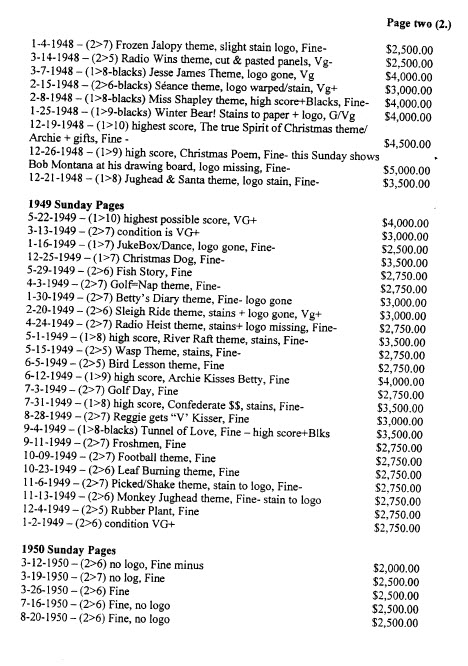 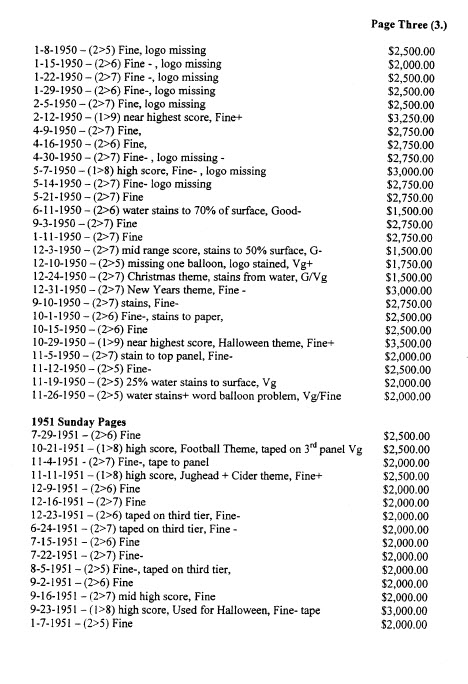 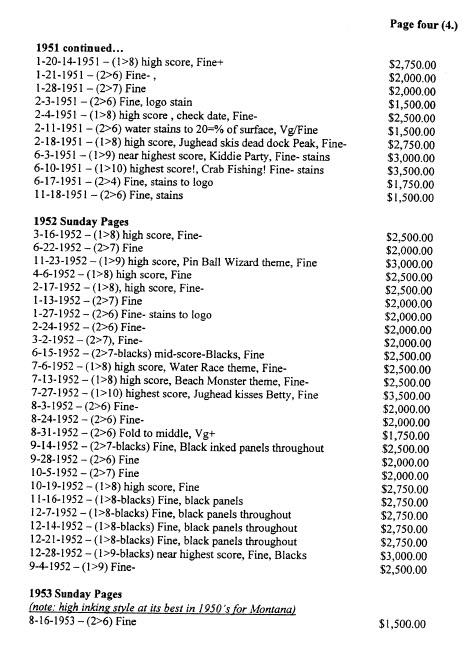 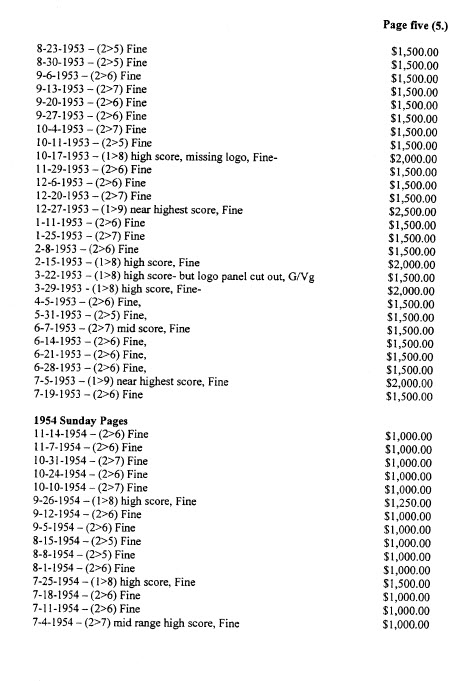 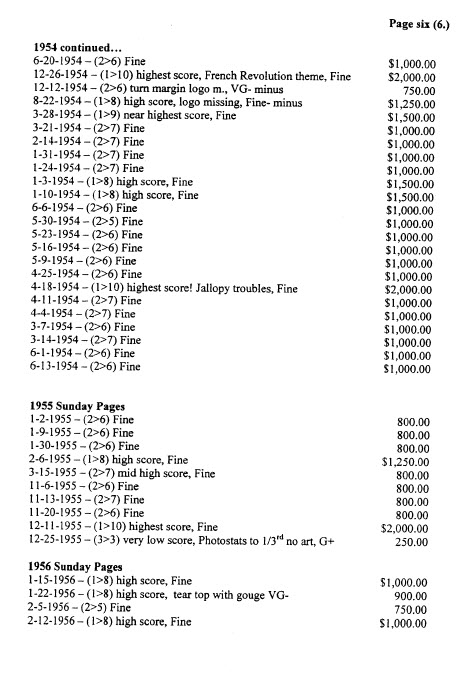 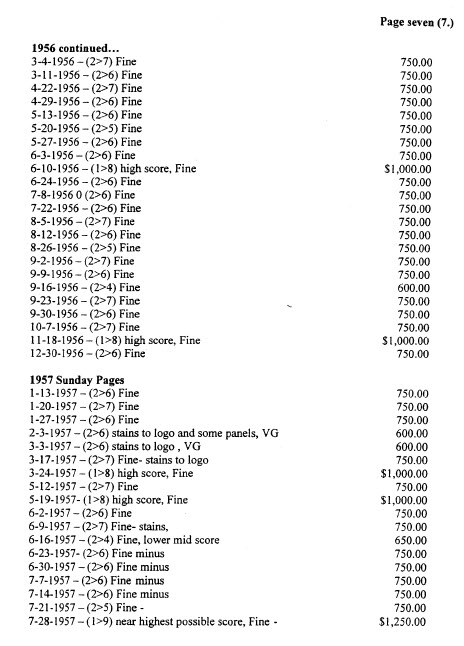 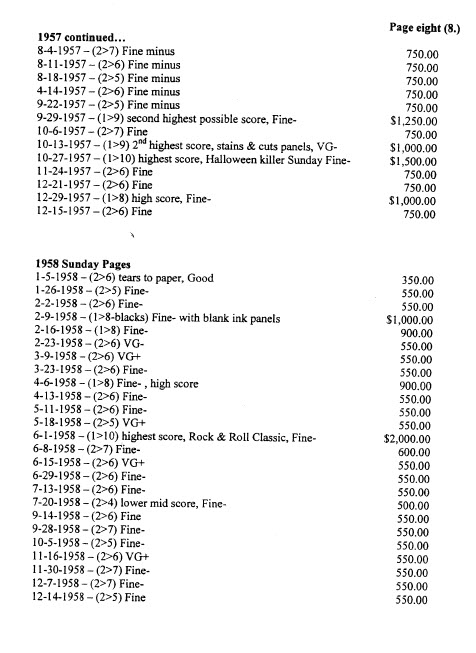 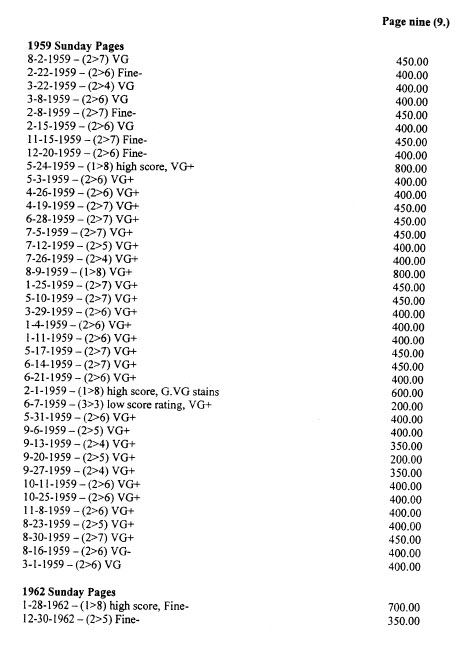 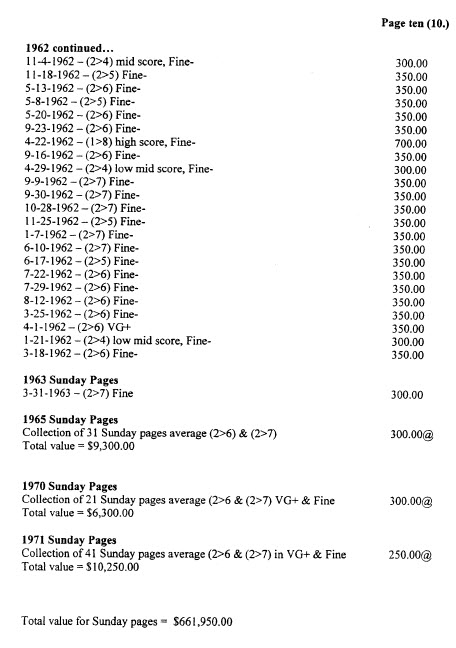 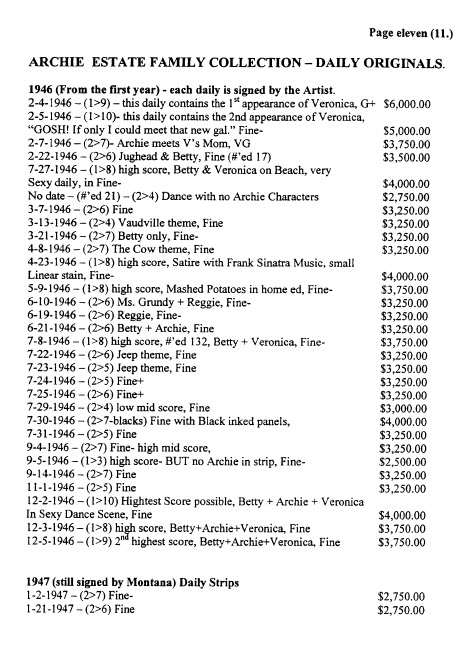 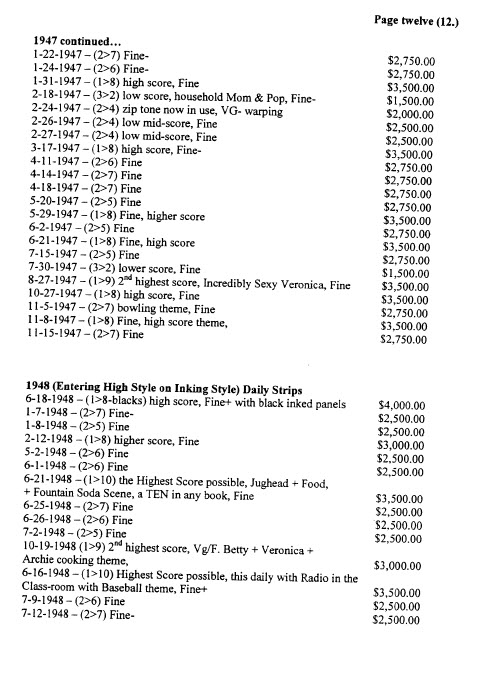 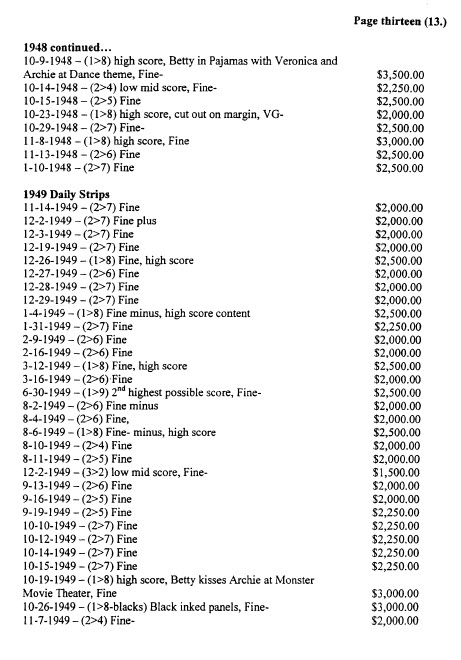 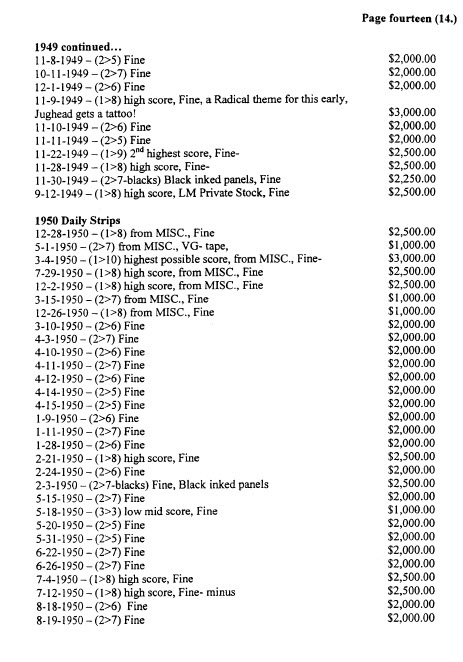 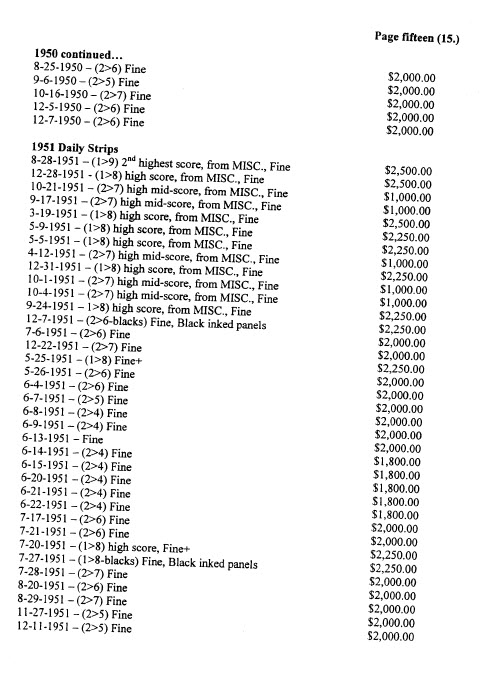 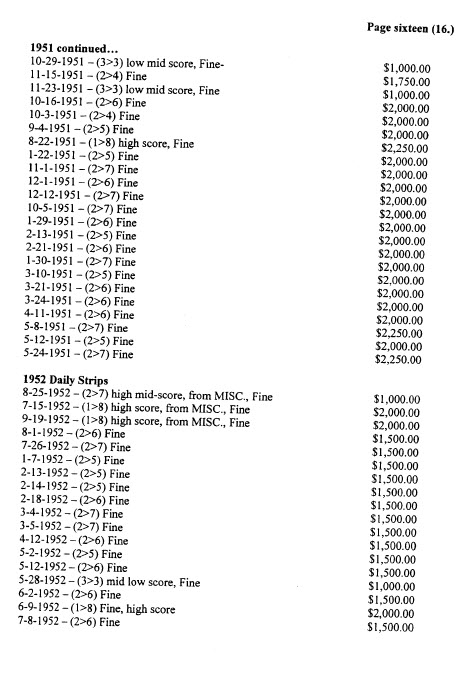 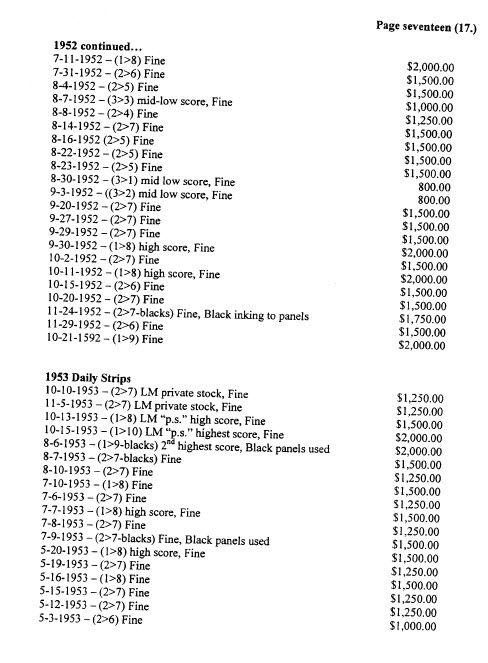 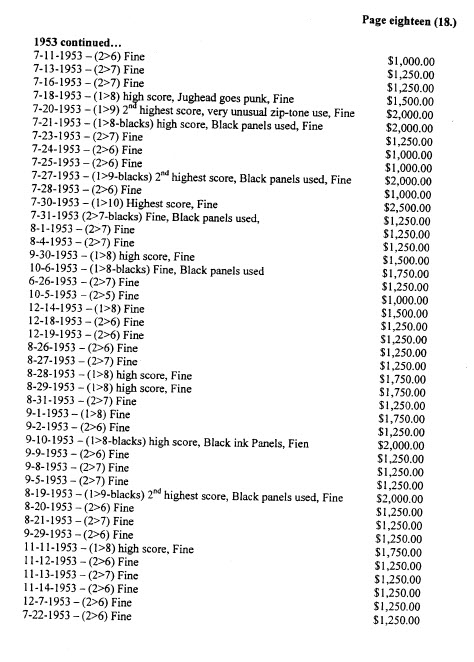 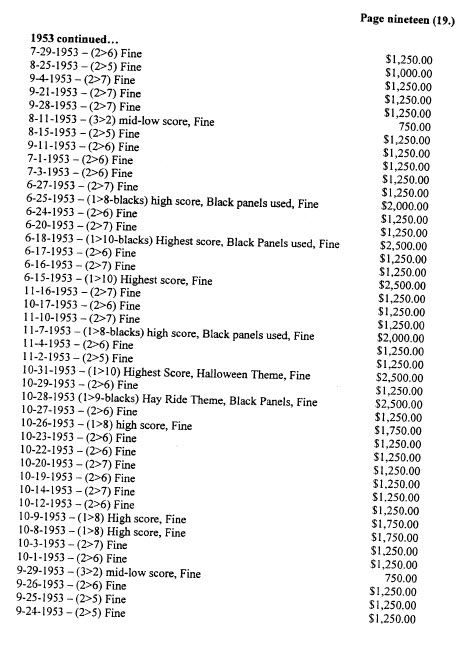 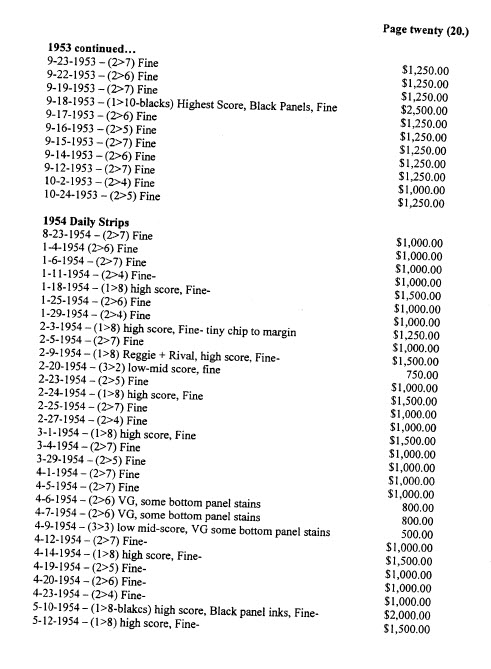 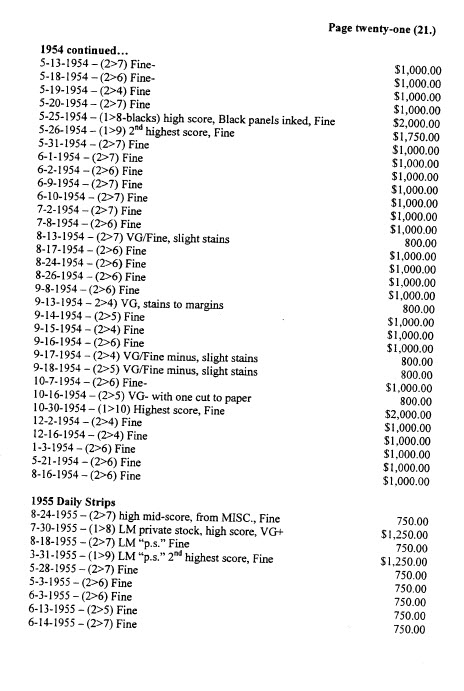 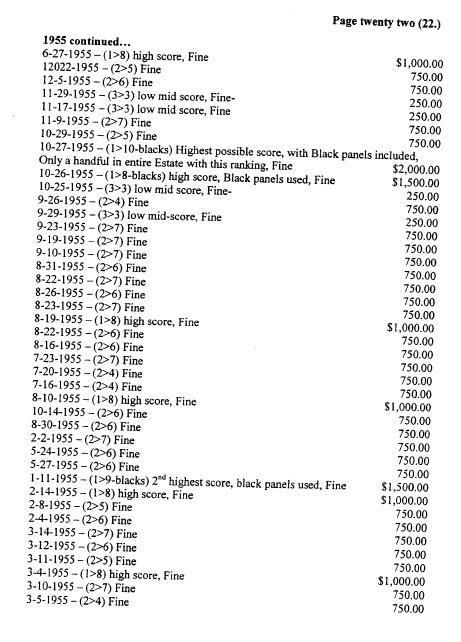 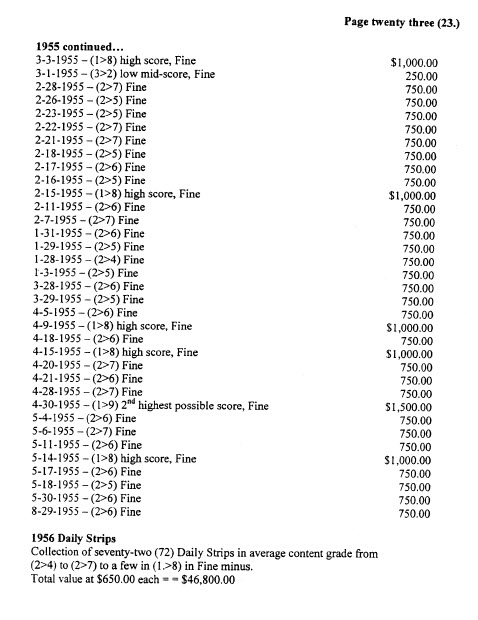 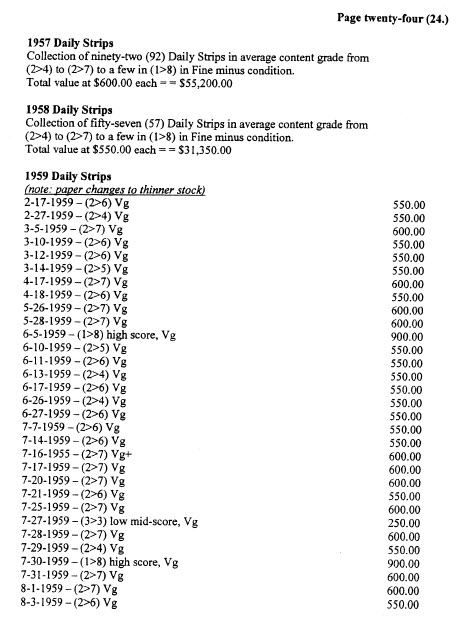 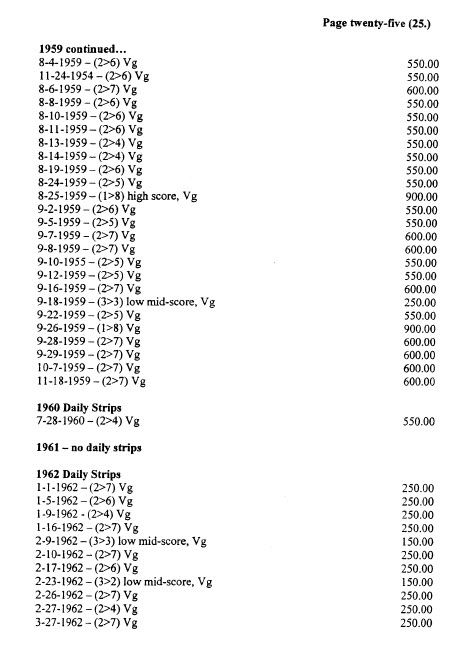 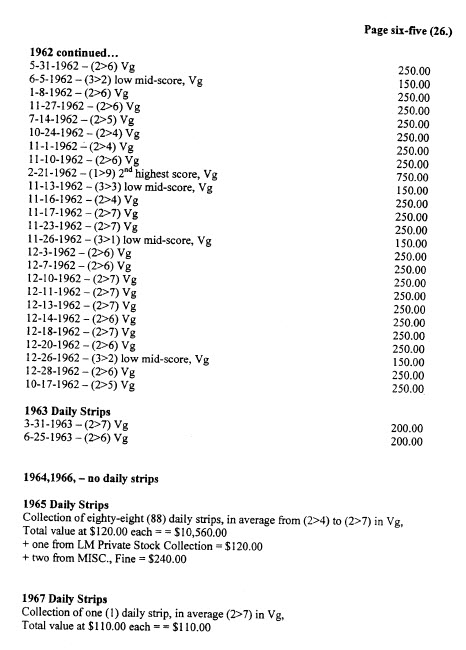 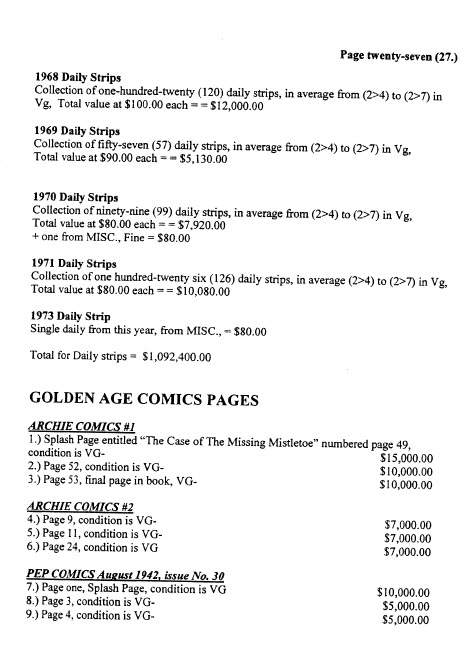 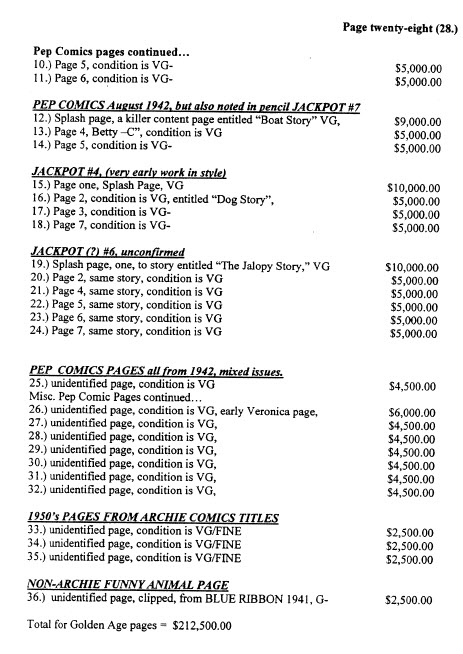 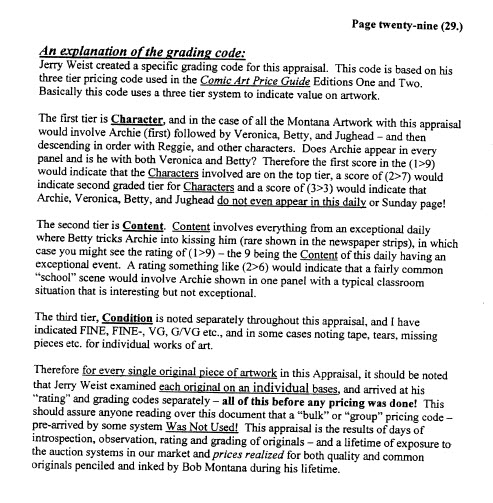