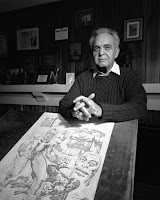 1915. That’s how many Jack Kirby pages went missing from Marvel between the time Irene Vartanoff did her famous inventory and Kirby got his art back in 1987.

Yet another great document that has been brought back into the light via the the Marvel vs Jack Kirby's estate court case is an art return form and inventory. Now we can finally see just what art was returned to Jack Kirby after he signed his amended art return form in early August, 1987 and compare it against the inventory list that had been published in The Comic Journal in Fenruary 1986. That inventory was done by Marvel staff member Irene Vartanoff and was current up to February 1980 and the inventory counted 3973 individual pages of Kirby art, however Kirby received 2058 pages in 1987. After that Vartanoff was relieved of her duties and art had started to be returned, for example, Joe Sinnott was handed the art to Fantastic Four #91 in its entirety. Kirby was handed nothing. Some of the missing art can be put down to the standard 1/3 cut of original art to the inker, but the fact remains that it is now clear that Kirby did not see the bulk of his Fantastic Four art, including anything from the Galactus Trilogy, along with the first two issues. He also didn’t receive any artwork from his X-Men run, other than the cover art to issue #31. The original art to issue #1 surfaced not that long ago and sold for many thousands of dollars. Same with early issues of The Hulk, the Avengers and many more Kirby jobs done, including key issues such as the first appearance of Thor. 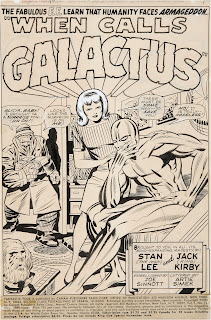 So where is this art now? Entire issues were stolen from Marvel back in the early ‘80s, and soon they were being dealt on the collectors market. It must have caused Kirby a considerable amount of pain to see art which he’d been denied both by the bullishness of Marvel and by criminals, being openly sold and traded at conventions, and, clearly, there are still those out there who know exactly who stole what and who bought it. Such a shame that the Kirby family can’t go after those people, and a larger shame that those original thieves have gotten away with it, and they would have made a pretty penny then, as they still do now.

Have a look at this list, and you tell me, outside of the 1/3 share to Kirby’s inkers, are people comfortable owning art that was clearly stolen, as it wasn’t returned to Jack Kirby back in the day… 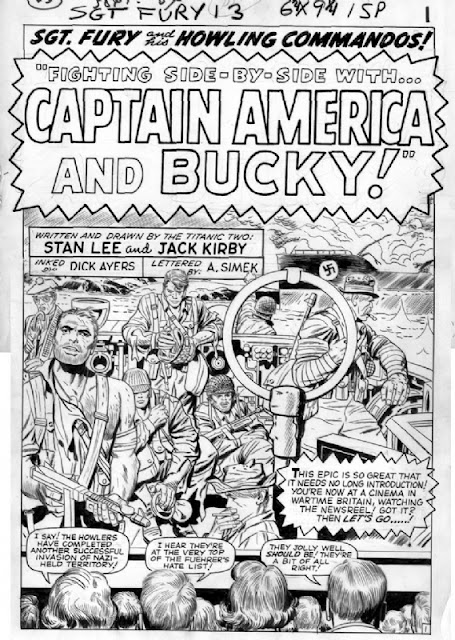 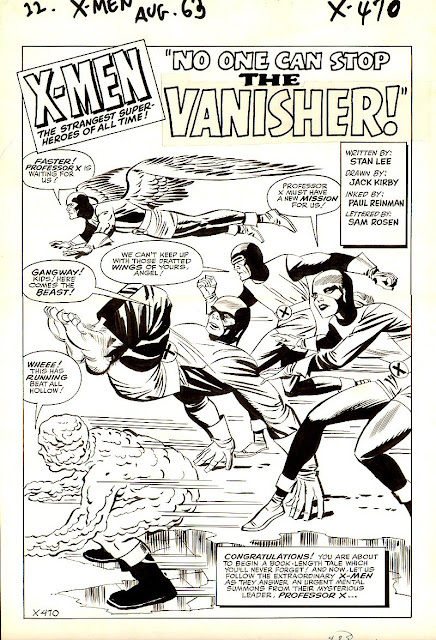 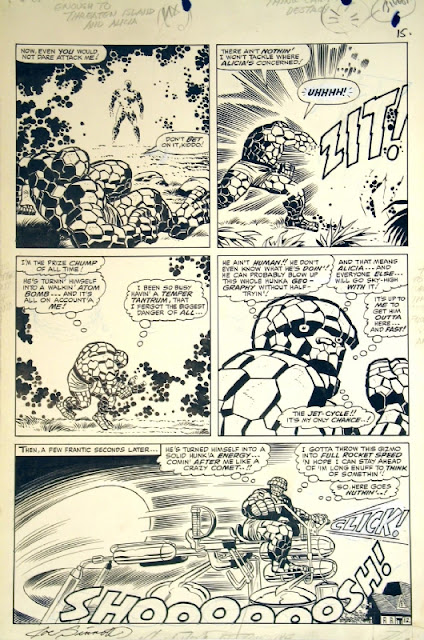 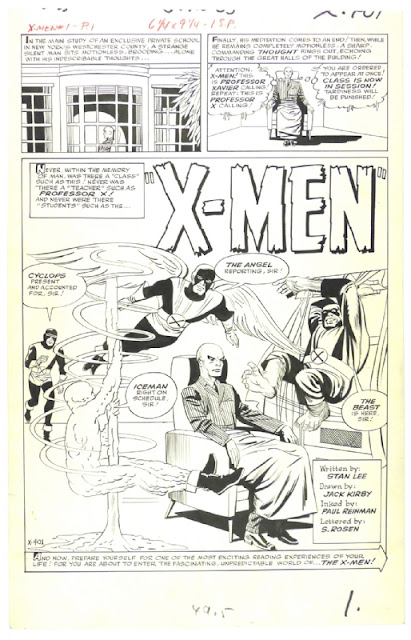 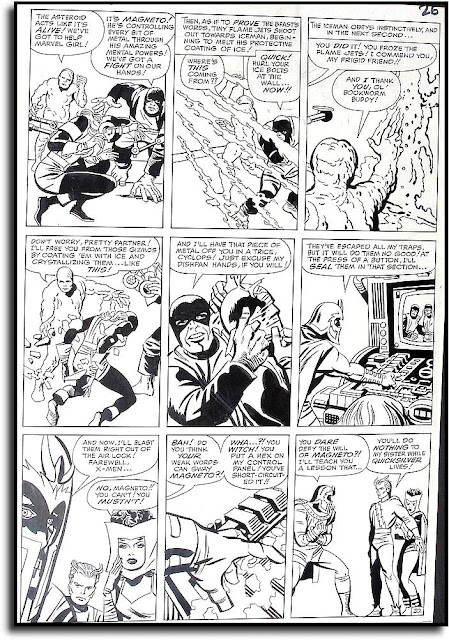 Anonymous said…
Its great that you have compiled this list, but it would be better still if you could include all the issues that Kirby was not supplied at all, so that we have a more accurate listing of what exactly did not make its way back to Kirby
Sunday, April 17, 2011 6:33:00 pm

Daniel Best said…
It's all there, by proxy. Basically if it's not listed in the MARVEL 1985 PAGES column then Kirby didn't get any art from it. That includes FF #1, all of his X-Men work and many, many more pages. As you can see, Kirby didn't a lot of his FF art back - entire issues and runs went missing, and key issues at that, such as the Galactus trilogy.
Sunday, April 17, 2011 6:52:00 pm

Anonymous said…
Since the question of who legally owned Jack's art prior to 1987 is clear, it's really a misnomer to say it was being stolen from Jack himself. This was property of the Marvel company until they chose to release it. I agree that Kirby was badly mistreated as creative talents often were in those days, but don't fall into that familiar trap of applying present-day sentimentality to past events.
Monday, April 18, 2011 3:19:00 am

Stevie V. said…
If decades ago,
my grandfather designed ford cars, should every ford car now belong to me? Of coarse not. Does it matter if ford gave or returned a ford car to my grandfather. If so then the principal of no good deed goes unpunished applies. What am i talking about? Kirby was just one of many who made a contribution to produce
comics, from writers, to editors, to inkers, to letterers, to publishers, and secretarial staff. The original art was never vested in kirby, in 1984, so how can it be stolden from him. He never filed a police report nor did he dispute any sales at auction or conventions and in fact he happily autographed pages for fans. Greedy grandkids seek to cash in, drawing analogy to return of stolden nazi paintings, but kirby pencil drawings were always owned by marvel by the employee relationship, and not kirby's to loose.
Thursday, September 07, 2017 6:40:00 am