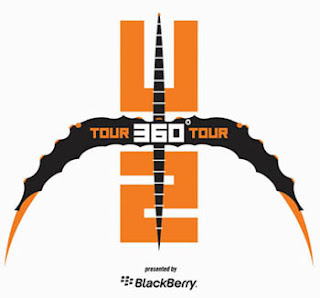 And what an evening it was.  Pouring with rain as we waited in a massively long line that appeared to snake around the entire circumference of Etihad Stadium as it soon became obvious that only one gate was going to be opened for those who bought general admission tickets.  Still, you learn from these things.  Once inside, and it took the better part of an hour to actually get inside, people became dismayed as umbrellas were confiscated and thrown into a pile alongside a grinning security guy - I couldn't help but wonder if someone was going to scoop them all up and offer them for resale at a later date - and we won't talk about the fact that a simple bottle of water cost $5.  We avoided the food, having heard those horror stories. Getting out, well let's just say that I hope there's never a fire at that place, because many people will perish.  It took another 30 minutes to leave, as directions were hopeless (all anyone could hear was an announcer proclaiming how great Etihad was and how cool U2 were) and, despite what people were being told, not all gates were open.  Mind you the signposting there is so ambiguous that you'd not know where the gates are anyway.

The concert itself had it's hight points, and it's low points.  Musically I've always believed that an act that has been around for as long as U2 have are incapable of putting in a bad performance, but last night's showed was marred by some issues around The Edge's guitar, one of which kept failing a few seconds into the songs he was trying to play, only to cut back in and then out, and then in - I Still Haven't Found and BAD were prime examples.  The other low point was the fact that the band only performed three songs from the excellent No Line album.  I'd have been more than happy to see them drop Elevation for anything else, but that's more to do with me and my dislike for a simple song with inane lyrics.  Balancing that out were the two new songs, the first of which, The Return Of The Stingray Guitar, showed a lot of promise indeed, and you can't fault a band that begins to play a song, Scarlet, on tour, nearly 30 years after they retired it.

Jay-Z was the true highlight of the night.  Last time U2 toured they brought Kanye West with them, an act that failed miserably.  Jay-Z impressed everyone and, dare I say it, there were times where he and his excellent band upstaged the headliners.  I'm not a big fan of such music, but I will be checking him out.

Well, here's the photos.  They were taken from a fair distance back and all taken off the screen, which, like the stage, was bloody huge and almost too impressive.  ZooTV this ain't, but it's worth checking out if it comes near your town...unlike Adelaide.  Still, despite the issues with the stadium, we're going back this Friday, but we're going for the seats this time.  No more standing there, crowded in by a pack of clowns yelling all night... 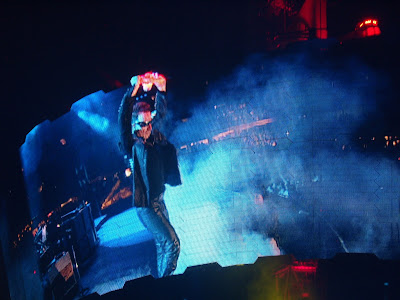 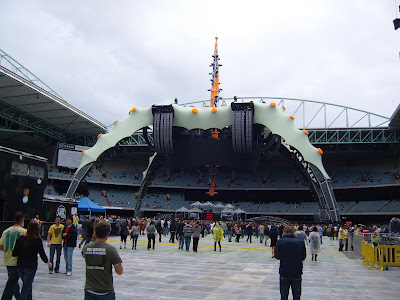 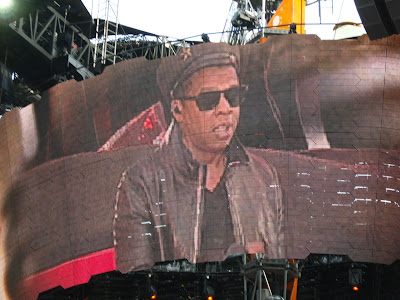 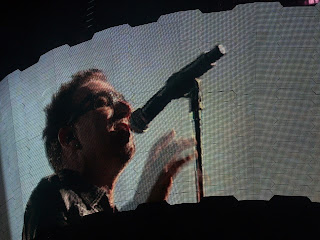 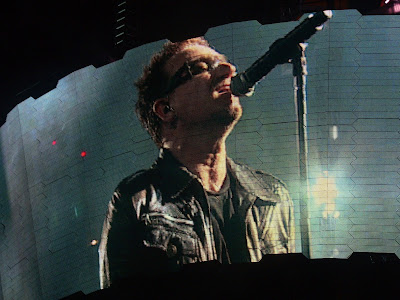 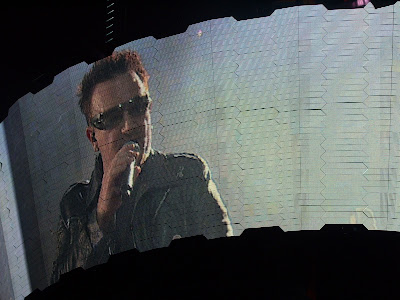 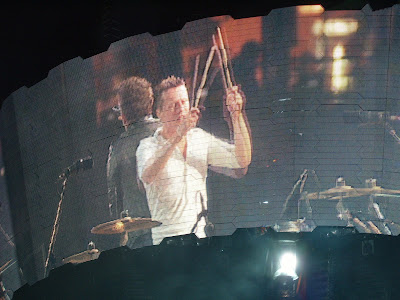 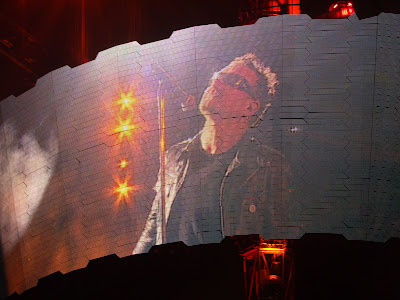 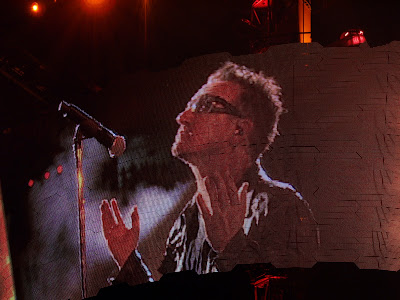 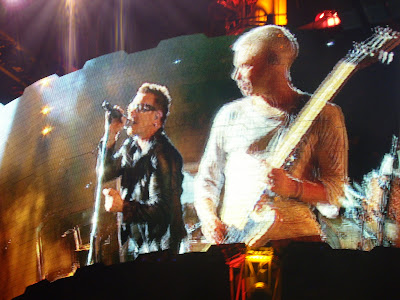 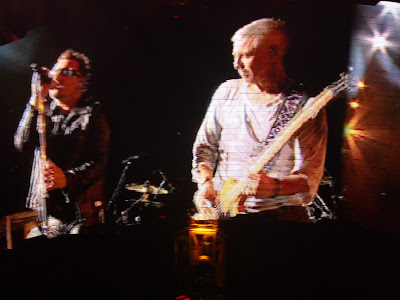 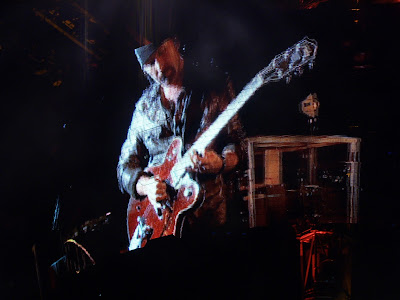 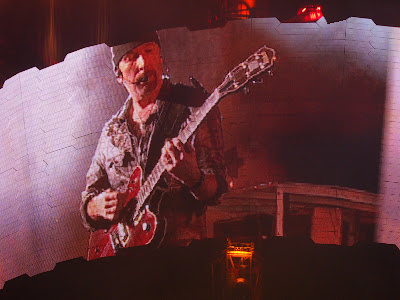 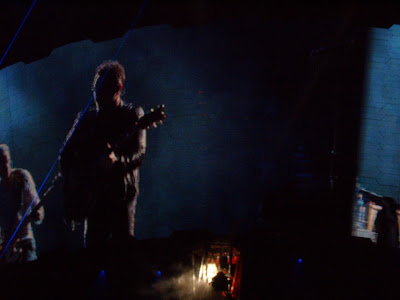 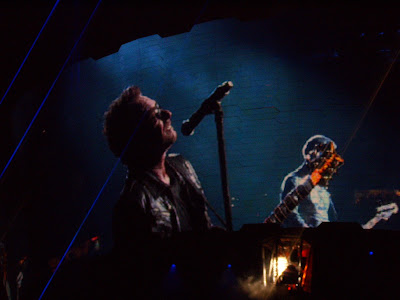 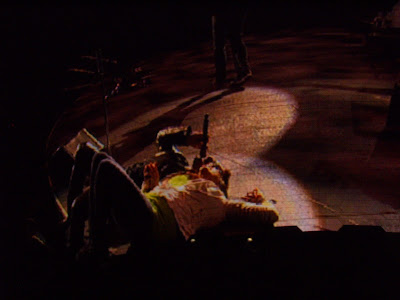 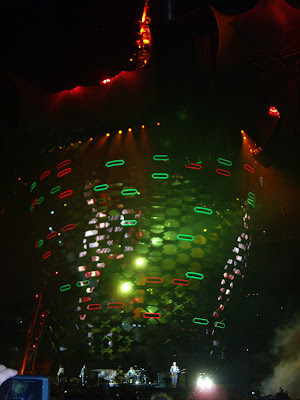 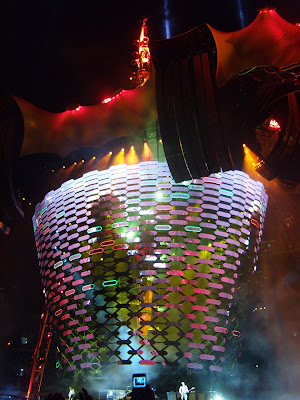 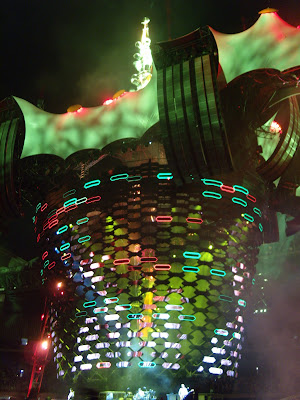 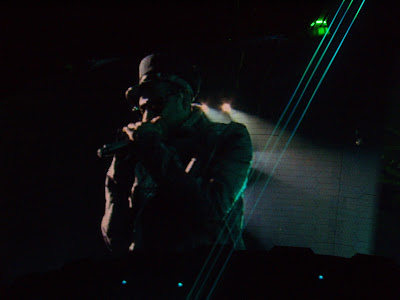 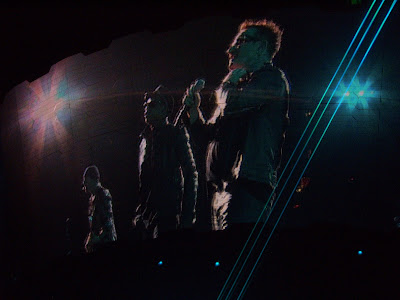 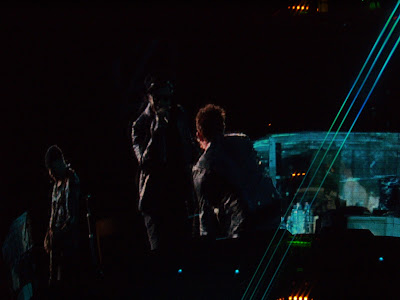 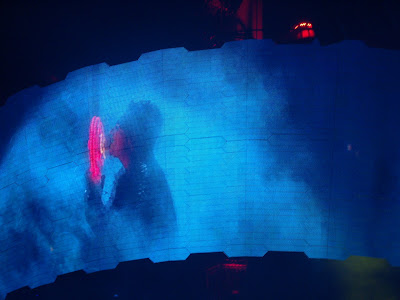