I doubt that there’s anyone on the face of the planet who hasn’t heard of The Crow, and its tragic back-story. For those who haven’t heard the latter, creator James O’Barr was driven to write and draw the original story after his girlfriend was killed by a drunk driver in the late ‘70s. Drawing further inspiration from a story of a couple killed for their engagement ring, and the gothic music of The Cure and Joy Division (indeed the original Crow was dedicated to Joy Division’s equally as tragic lead singer, Ian Curtis), O’Barr created a dark, violent vision of revenge and redemption. But he never really did anything else, he never really went any further with his artistic talents or vision.

Funnily enough I've always found O'Barr to be somewhat of an interesting, if static, guy. He created an original, dark and almost steam punk vision, but he never really moved on from it, instead he appeared to almost remain in the moment, and subsequently all his art since seems to be a variation of his first Crow story. It's almost like he never evolved enough to move outside of that moment, but then, O’Barr did create the Crow as a form of cathartic exercise but perhaps he never really found the closure that he was looking for, especially when you look at the death of Brandon Lee on the movie made from his story, a death which compounded his own sense of grief, pain and survivor guilt. Perhaps he'll stay stuck in those moments and will never fully escape from them.

None of that takes anything away from O’Barr as an artist, even if a lot of his work is derivative of The Crow. His influence can clearly be seen in a lot of artists today, each time I see Tommy Castillo’s art, I think of O’Barr and The Crow, and I’m sure I’m not alone. Plus, the general storytelling that O’Barr created changed things, and changed them a lot. People look at books such as Frank Miller’s Dark Night and Alan Moore and Dave Gibbon’s Watchmen as being seminal works of art that introduced a grim and gritty style, but The Crow was just as important. It may have read like a schizophrenic Cure album at times, but delivered a lot of power. Still O’Barr appears to be acutely aware of what people expect from him, and he generally delivers in style. Every so often he delivers something that both surprises, and can shock, the reader, such is the impact of these Batman images. I find those pieces incredibly disturbing actually. But other than the cigarette in Batman's mouth, I can see O'Barr easily doing a Batman/Crow hybrid, but DC would never, ever allow their character to be perverted that much. 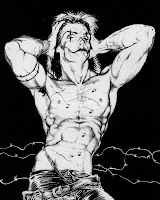 It would be interesting though. The new regime at DC could do far worse than to assign a writer to work with O’Barr and see what comes out of it. I’d certainly buy it, and I’m sure that there’d be several others in the same boat, if only to see where it’d all go. 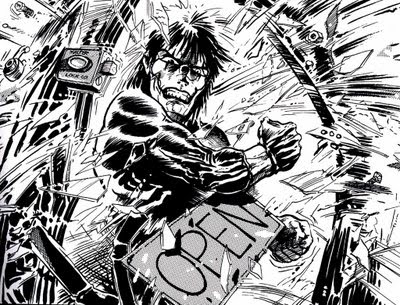 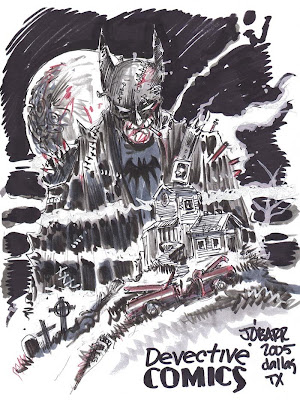 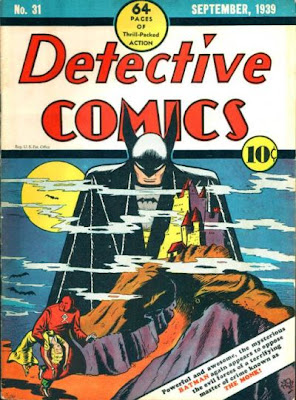 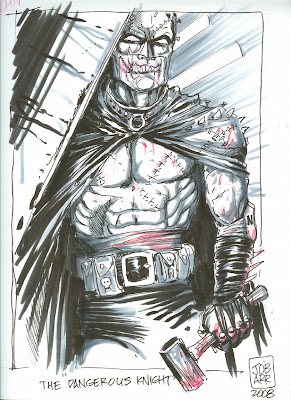 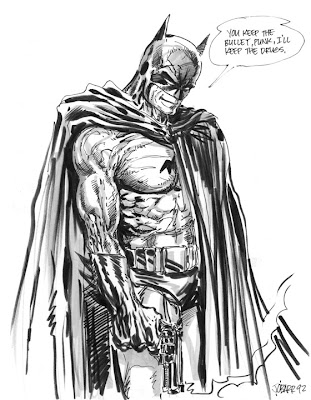 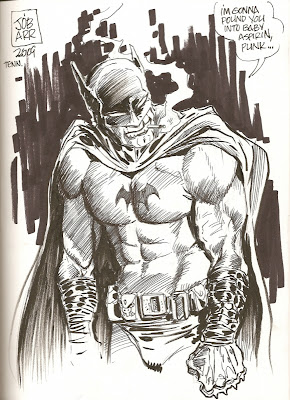 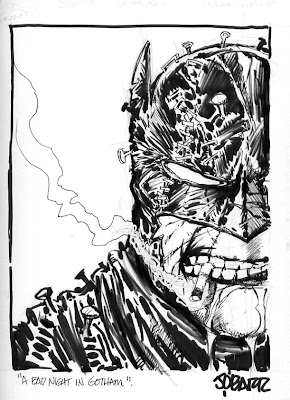 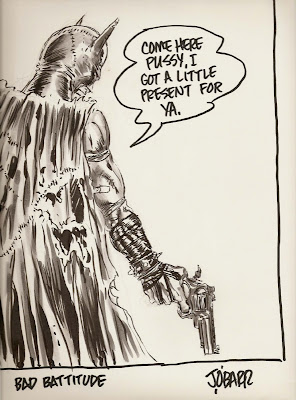 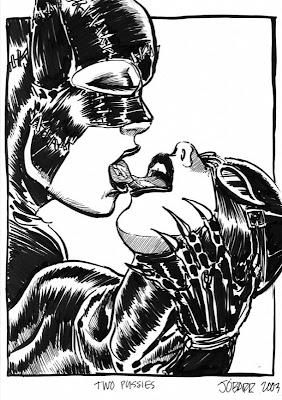 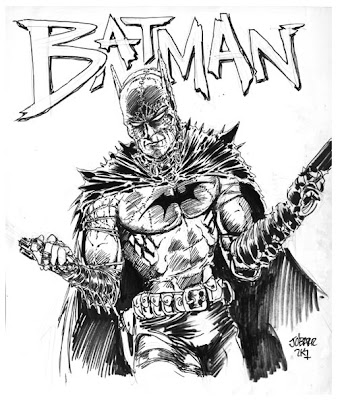 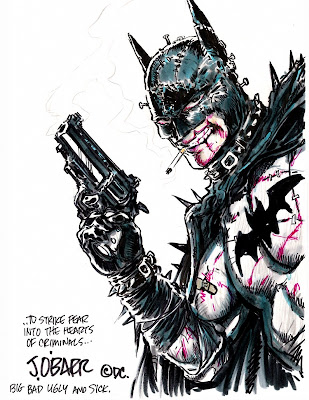 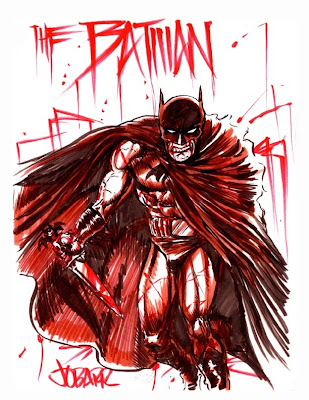 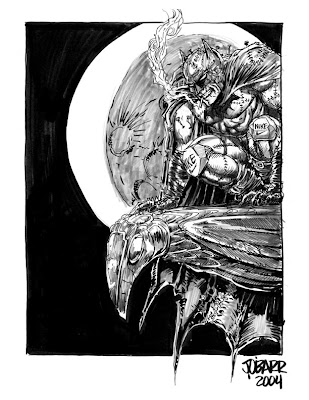 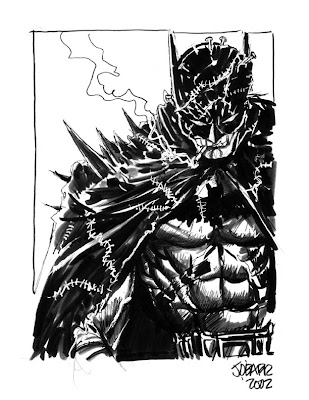 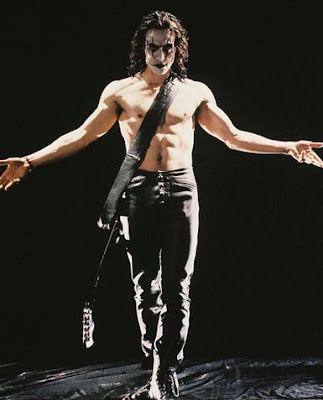