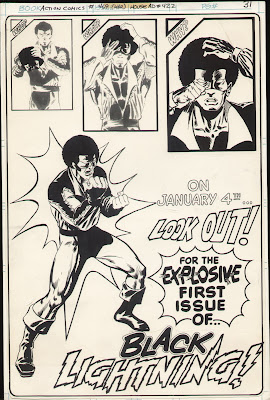 Created by Tony Isabella in 1976 after meeting several black readers and working with talented artists such as Keith Pollard, Arvell Jones and Ron Wilson, Black Lightning was mooted as DC's answer to the various black characters at Marvel, The Black Panther, The Falcon and Luke Cage. DC had inititally approached Isabella to work on a character that had been created by another writer, The Black Bomber. Isabella recalls, "The hero, who would be their first "black" character to star in his own title, was a white racist Vietnam vet, who, as a result of taking part in chemical experiments to allow soldiers to blend in better with the jungle, turned into a black super-hero in moments of stress. It gets worse. 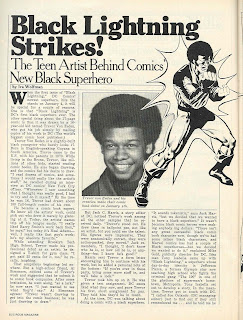 "In each of the two well-intentioned scripts, the hero would, in his white racist persona, save a person he couldn't see clearly and, on finding out the person was black, exclaim something along the lines of-and this is a quote -"You mean I risked my life to save a jungle bunny?" And it gets worse. His super-hero suit, such as it was, looked for all the world like a basketball uniform. Sweet Christmas! DC wanted me to rewrite those two scripts and go solo on The Black Bomber with the third issue. I begged them to reconsider the series. I warned of protestors marching outside their offices with me in the front lines. Ultimately, I convinced them to consign the Bomber to limbo with a question: "Do you actually want your first black superhero to be a white bigot?" 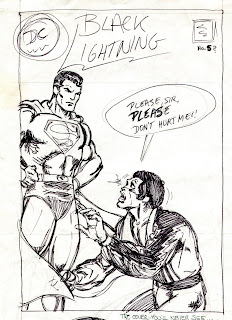 Isabella fleshed out the ideas that he had for the character and took his name from an old Wonder Woman cover in which WW shouted, "Hera help me stop this BLACK LIGHTNING before it splits this building in two!" At this time a young artist, Trevor Von Eeden, had approached DC for work and was soon assigned the job of illustrating Black Lightning. There were two strong reasons for this: Trevor was, and still is, an exceedingly talented artist and the second reason was that he is black. Thus DC felt that it might look better for them if a black artist drew their second black superhero (the first, Jon Stewart, Green Lantern, was drawn by Neal Adams in his intitial appearances). Trevor's pencils were well served by his first inker, Frank Springer, but soon suffered by haphazard inking by Vinnie Colletta. 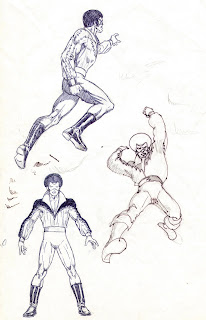 Trevor recently reflected upon Black Lightning, and the following are his memories and recollections about the character. On Trevor's site you can see a lot more of the art mentioned here, along with rare pencils scans, so you can see what the inkers did with Trevor's artwork.

--------------------------------
Like Wonder Woman--who will ALWAYS represent women everywhere, by virtue of the nature of her character, and purpose of her creation--Black Lightning, being DC's first black super-hero, will always represent black men, everywhere. So, yes, I'm thrilled that he is finally getting some long overdue recognition, and the sense of the sense of legitimacy involved in being included among such high-powered company as the JLA. 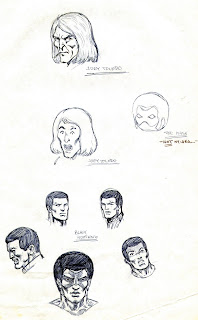 By all rights, Black Lightning should be an iconic figure--just as Wonder Woman is, and for the same reason. But he is not. You can credit that to the racism still inherent and prevalently active in American society and culture--one that is still YEARS behind the times, when it comes to the arena of racial politics. But one day, that'll finally change, for the better--and disappear entirely, in a truly modern and enlightened society--such as American society is supposed to be, and WILL be, one day.

I offered to draw him way back when they brought him back in the early '90s (Eddy Newell did a great job, nonetheless)--but they decided to put me on BLACK CANARY instead. When he'd come back yet again, in The Outsiders (wearing the original costume I'd designed) I again offered my services, but was turned down. Now, when I found out that he was not only going to appear in the JLA, but was slated for a solo adventure, I again offered my services--and was again denied. 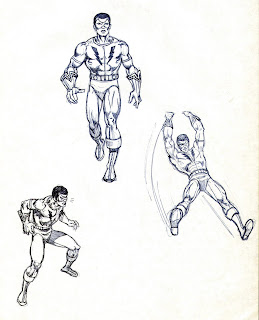 I don't know why this is--you'd have to speak to the editors at DC to get the answer to that question. But it seems to me that having Black Lightning's original artist and co-creator drawing his adventures again, would be a sure-fire way to attract huge sales--especially since my work is VERY good. However, the powers that be at DC choose to see things differently--and I have yet to draw BLACK LIGHTNING again. However, time will tell.

To me, my work on BL was merely "okay"--there was not much there for me to sink my teeth into, as far as depth, in either the character, or the stories that I'd been assigned to illustrate. I just did the best that I could, with what I had to work with.

One more comment, on Black Lightning--I did NOT design the Afromask! I say this because in the '70s, when he was created, the Afro was a black man's symbol of pride, and self-respect--his singular identity. For a black super-hero to remove his hair (or...put ON his hair...) as part of his identity was certainly...odd. For a black man to do so was, shall we say--tellingly symbolic. And definitely not MY idea. 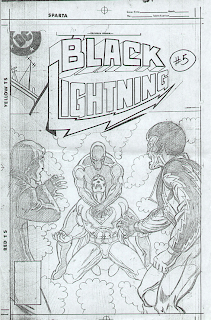 But--that was compensated for by the fact that in his secret identity, BL was...a schoolteacher!! Talk about a great vantage point from which to reach young kids(readers)--as a positive, educational role model! Unfortunately, this aspect of BL was sorely underused, if not just plain ignored, in his early career. Instead, we got to see BL vs. gangstas, thugs, pushers, criminals, inner city scum, etc--the usual "black" cliches. This may have changed by now, I don't know. But it should've been a part of his story since day One. 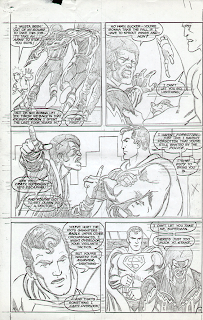 If I wrote a Black Lightning story, it'd OPEN in a classroom--we'd get to meet Jeff Pierce's students, and hear how they think, and what they have to SAY! I'm tired of black "heroes" preaching to kids--whose p.o.v. they don't even know. Now that BL is part of the Justice League, and is/was Secretary of Education in Metropolis, it'd seem that his stature has risen, in the DC Universe. But aside from the hype, has he done anything of note--as an educator? It's an actual question, because I have not read any of his adventures in many, many years (comics are damned expensive!)--so I don't know what has been done with him. I only know what should be done. 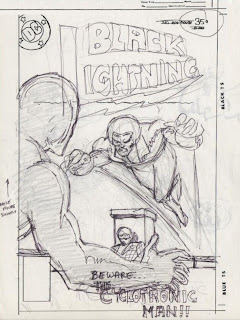 And finally, I feel about his being a part of the JLA, the same as I feel about Obama being President. First of all, what took so long--for this sense of legitimacy involved in being included among such high-powered company? And second, I don't give a damn about the color of his skin--historical value aside--all I care about is what he will DO.

He's there--but they still have to handle him right.

Visit Trevor Von Eeden's official web-site for more information on Black Lightning and while you're there, check out all of the rare, and previously unseen original art on display.

Trevor is avaliable for commissions, you can contact him via his web-site, or via his art agent. If you can't afford a commission, then just drop him a line and say hi! That won't hurt anyone now, will it? 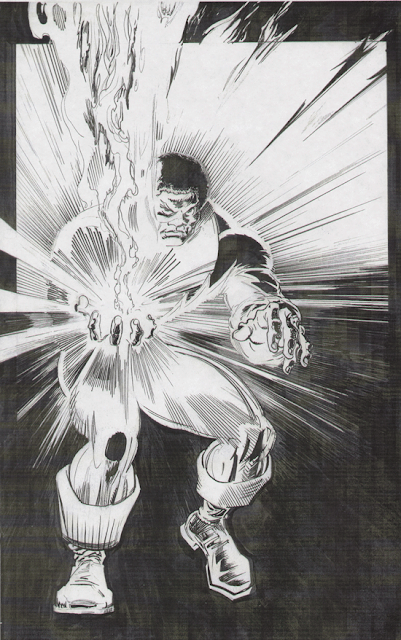 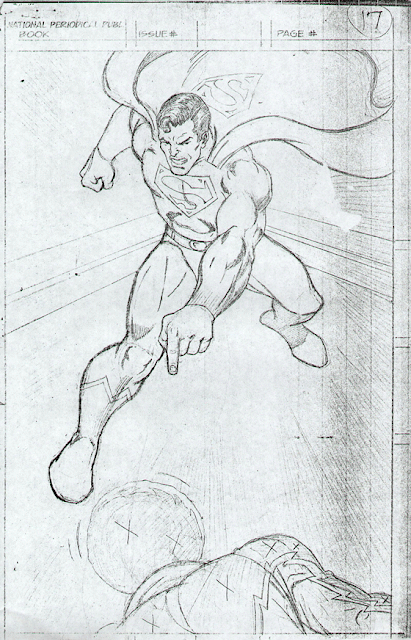