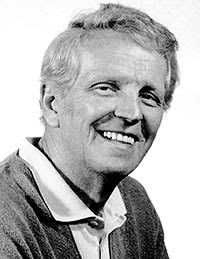 This email just came in from Dewey Cassell:
"George Tuska, renowned Golden and Silver Age comic book artist, passed away around midnight on October 16, 2009. He was 93 years old. George Tuska was born on April 26, 1916, the son of Russian immigrants. He attended the National Academy of Design and in 1939 went to work for Will Eisner in the studio he shared with Jerry Iger. Tuska later worked for Harry "A" Chesler, Fiction House and Standard Publishing. He was drafted into World War II and served in the 100th Division at Fort Jackson drawing artillery plans. Following the war, he achieved notoriety working for Lev Gleason illustrating Crime Does Not Pay, a true-crime comic book with a monthly circulation of over one million copies. When the advent of the Comics Code brought an end to the violent comics of the fifties, George turned to newspaper comic strips, drawing first Scorchy Smith and later Buck Rogers. He also did some work for Tower Comics on the T.H.U.N.D.E.R. Agents. Then, in the mid-sixties, Tuska went to work for Stan Lee and Marvel Comics, working on Captain America, the Hulk, and the X-Men, before taking over the reins of Iron Man. Tuska remained the primary artist on Iron Man for ten years, bringing to it the creative layouts and explosive action that defined the character for a generation. Also while at Marvel, George illustrated one of the first African American heroes, Luke Cage. Tuska left Marvel in the late seventies to start The World's Greatest Superheroes newspaper strip for DC Comics, which featured Superman and other heroes from the Justice League of America. George later drew comic book stories for DC, including Green Lantern, World's Finest, and the Justice League of America. He retired from professional work in the mid-eighties, but continued to draw up until his death, illustrating commission requests for fans from all over the world. He got up every morning at 6:30 a.m. and would start drawing in his studio, bringing heroes to life in a way that only George could. He was a kind and gentle man, with a wry sense of humor and a remarkable imagination. He is survived by his wife of 61 years, Dorothy, and their three children, as well as grandchildren, great-grandchildren, friends, and a legion of fans." 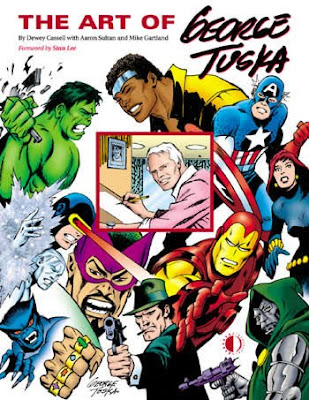 It was only last week that Dewey alerted the world that George had decided to retire from drawing, but I don't think anyone expected this news to follow. I'm not sure what to write here as I've only recently just written a tribute to George, so I might just republish that earlier write up. 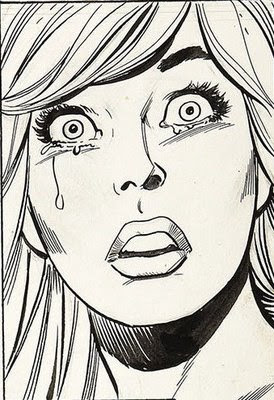 George Tuska is a name that virtually anyone who's ever read Marvel or DC comics and is over the age of 40 knows instantly. He did some brilliant, if very under-rated and understated, work at both Marvel and DC and left his mark on characters such as Iron Man, Luke Cage, The Avengers, Batman and the Justice League of America. During a lengthy and illustrious career which began in the 1940s and continued into the 1990s he managed to draw virtually every character that both of the big companies had to offer, and quite a few others as well. He was also the artist of choice for the Superman syndicated newspaper strip for a number of years. George was always one of those artists who could be elevated to great heights by the right inker - when he wasn't inked by himself that is. George was always an artist who could successfully pencil and ink, both on his own and in tandem with another artist. Sadly such skills are almost lost these days as artists appear to focus on the one aspect of their art to the detriment of the other. 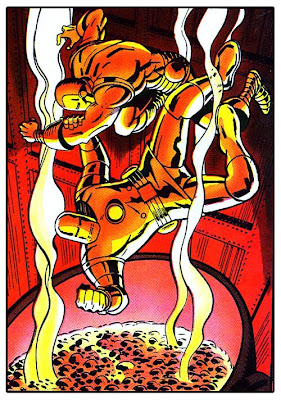 George leaves behind a lot of happy people and I'm one of those. A few years back I managed, via Dewey, to obtain my own Tuska art in the form of a signed copy of Dewey's excellent Tuska biography along with a small Iron Man sketch and an ink wash illo done by Tuska sometime in the 1950s of a man standing on a beach. It might sound pedestrian, but believe me, as you can see, it's anything but.

George turned 93 this past March and seriously, I doubt anyone was going to begrudge him his retirement. It was well earned and well deserved - George, if you ever read this, thanks for all of the memories that you've left behind. I know that when I was a youngun your name was one of those that meant the comic book was going to be a delight to read as the artwork was going to be good, no matter how ridiculous the story might have been. Thanks for everything George! 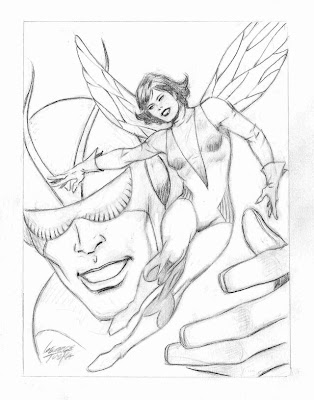 I'd like to pass my condolences to both George's family and Dewey. Dewey is one of those guys that did some incredible things for George in the past few years, and people will remember both George and Dewey in for decades to come.