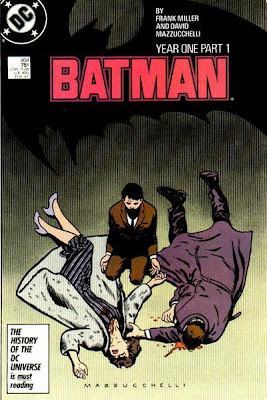 Everyone who has a passing interest in comic books knows the name Frank Miller. And if they don't know the name David Mazzucchelli then they should, or should be shot. Together Miller and Mazzucchelli created two of the finest story-arcs of the mid 1980s, first with their run on Daredevil and the Born Again storyline and then with the classic Batman: Year One, a story that redefined the mythos of the character and is still referenced and held as a benchmark today, 22 years after it's initial publication. Indeed, much like Alan Moore and Dave Gibbon's Watchmen, Batman: Year One will more than likely never be out of print for DC as it still sells in numbers today. 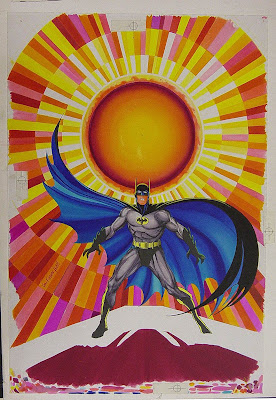 What isn't widely known is that Mazzucchelli wasn't the first choice of artist on the series. Despite working with Mazzucchelli at Marvel and creating one of the best series within a series seen there for decades, Miller approached a different artist to work on Batman: Year One - Trevor Von Eeden. At the time Von Eeden was working off and on at DC and producing some of the most expressionistic Batman stories seen. This was a time where Jim Aparao's style was being adopted almost as a 'house style', yet Von Eeden, frustrated by the constraints of working within both his own limitations and what DC expected of him, began to break loose, resulting in the now famous Batman Annual #8, published in 1982. 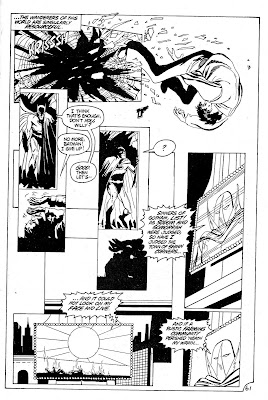 Says Trevor today, "About three years into my career, at about the age of 20, I started to feel that I'd only gotten the job because of my skin color--a notion which displeased me greatly," says Trevor now, "So I dedicated myself, wholeheartedly, to developing my Art to a point where it would be so good, that it wouldn't matter what color I was. I sat down and wrote a five-page "mission statement" (now lost)--writing out for myself in detail exactly what I wanted to create--the kind of style I thought would express myself most effectively, while also telling a story in the most dramatic way possible. I wrote everything down that I could think of--the details, form, and purpose of the style of art that I'd wanted to create.

"Out of these two long years of serious effort, I created the art style seen in THE BATMAN ANNUAL." 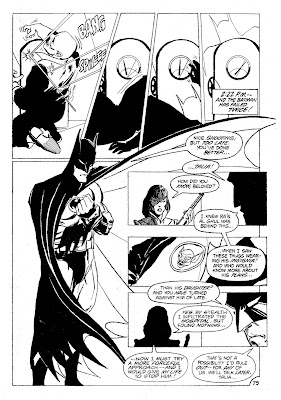 From there Trevor worked sporadically on the character of Batman, both in the Batman title proper and in other DC comics. Personal circumstances saw his life intertwine with Frank Millers though and it was after Von Eeden turned in yet another sterling job on Batman, this time in issue #401, that Miller approached him with the offer to pencil Year One, which would begin in Batman #404.

"Frank had called me in person to offer me the Batman: Year One job, before giving it to Mazzuchelli. I said, 'No.'," says Trevor, "And I have no regrets - Dave did a beautiful job. His wife [Richmond Lewis] colored it, too." 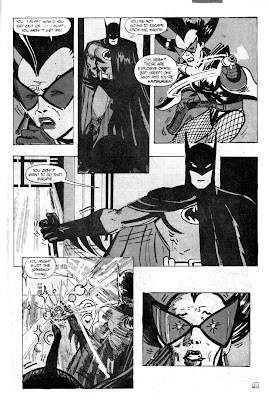 Sadly we may never know what would have been if Von Eeden had accepted the Batman: Year One job, certainly his art at the time was head and shoulders above other artists, and he's been cited as an influence on artists that have come since. Even Mazzucchelli has sang his praises, recently he had this to say about Von Eeden's 1980s work, "...I’d like to think that something of what excited me on those pages found its way into Batman: Year One, but my own work from back then seems mighty tame next to Mr. Von Eeden’s." Norm Breyfogle, who would soon be drawing his own unique vision of Batman, had this to add recently, "I've been a fan of Trevor's work since his first Batman Annual job. So much so, that I'd say he's one of my influences."

Trevor Von Eeden has returned to Batman more than once since the mid 1980s, each time his art has taken on a new dimension and he's shown that he's not stuck in any one style. But, alas, we will never know how Batman: Year One might have looked if it were penciled by Trevor Von Eeden, but by looking at his art at the time, we have a rough idea.