A Note From Loretta Estrada 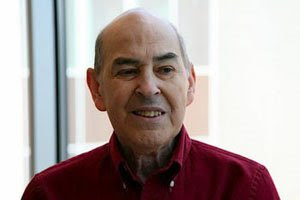 Back in July of last year I ran a short piece on my blog alerting people about Ric Estrada's failing health and asking for his fans to just drop him a line telling him how damned good he was. I subsequently heard that a lot of people did this and that it helped bring cheer to Ric, so that's an excellent result. Sadly Ric has passed away and his wife, Loretta, has passed this email on for people to view.

My sweet Ric passed away at about 7am this morning after a rapid decline in his health over the past week as the result of advanced prostate cancer which no longer responded to treatment. All of our children except for Ric's daughter Zilia were able to be here to share in supporting him in his transition to the next life. We had several hours with Ric after his passing to talk, sing, laugh, cry and say our goodbyes. We are all on the emotional ride that will take a different course for each of us. I am so grateful for Ric and our shared life. He is the great blessing of my life.

Our family would like for anyone who knew and loved Ric to know so please feel free to forward this on. Your attendance and support would mean a great deal to us.

I've always found that most words are utterly useless in these situations, so I won't go on and on. I will say that Ric was a class act as an artist, and by accounts also as a person. He illustrated many classic stories back in the Golden Age and through to the 1980s - and he was as a good as anyone out there. I never met Ric, nor did I ever have the chance to speak to him, but I'll miss him all the same.