Showing posts from February 3, 2008
Show All

Terry has built a new site for artists who draw custom commissions and buyers who regularly commission artists to draw. It's called Comic Art Commissions.com.

If you are an artist - register and list yourself. This site will definitely get you commission jobs or at the very least - hits to your web site. Once registered, artists can list their commission rates, upload art for sale, upload sample images, link to a web site, easily manage listings and get exposure to a targeted audience of comic art buyers.

Buyers can search for a good artist to get a commission from. They can get informed about a…
Post a Comment
Read more

This week has seen me as busy as I've ever been. Thanks to my great pal, Jimmy T, I've been furiously updating web-sites all over the place. Jimmy is a God amongst men, and each passing second sees me more in debt to the guy. Ah well, it could be worse.

So what's new and where? Well the parent site, Adelaide Comics And Books, is updated beyond belief. I've re-edited a lot of the interviews, I've done a behind the scenes look at my book, Partners For Life, and have generally cleaned up the entire site. Articles have been totally re-written from the ground up (such as the Iron Fist article) and I'll be doing more as time permits.

I was approached by Dave Simons, artist of great note, with the idea of setting up a site for him. This I've done, so if you're a keen fan of Daves, and why wouldn't you be, then check out his new site. It's early days yet and it's still very much a work in progress, but it's getting there, slowly but surely. Dave h…
Post a Comment
Read more

Alan Kupperberg’s Stolen Dagwood, Or, “Thank You For Calling Me Back Thirty Odd Years Later And Telling Me I’ve Been Victimized Again On The Same Job” 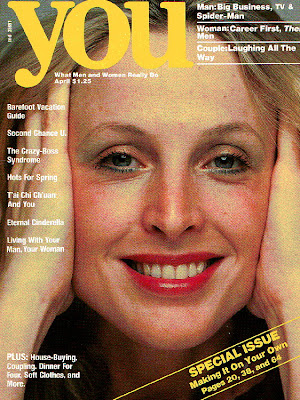 ALAN KUPPERBERG’S STOLEN DAGWOOD, or, “THANK YOU FOR CALLING ME BACK THIRTY ODD YEARS LATER AND TELLING ME I’VE BEEN VICTIMIZED AGAIN ON THE SAME JOB.”

It began simply enough. I’d spent the weekend updating and revising Alan Kupperberg’s web-site when I received an email asking me about a Dagwood illustration that Alan had done. Not knowing anything about it I forwarded the email onto Alan, knowing that he’d be able to look into his workbook and identify the art, who it was for and when it was drawn, virtually down to the day. Generous to a fault and as honest as they come, Alan replied, giving the history of the piece. Alan’s said, “I believe what you have are parts of a color illustration that I did in November 1976 for a publication called "You Magazine." The article was titled, "Crazy Boss." According to my account book, they stiffed me for $300. I was never paid for it. As I remember it, they printed my color rough rather than the finished piece.” The reply was…
12 comments
Read more
More posts