A Tale Of Two Daniels 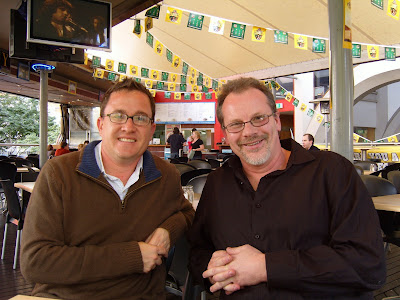 I can't remember who said it to me, but not too long ago I was asked, "What are the odds that there'd be two of you and that you'd both in the same room?" Clearly those odds are damn good. The guy on the left in this photo is none other than Daniel Best, author. The guy on the right is none other than Daniel Best, author. That's right, that's me on the right, and one the left is the Brisbane based comic book author and all round damn nice guy, Daniel Best.

For a fair while now people have been praising me on my Escapist work. It kind of threw me for a while because, well, I've never written any Escapist stories. Then I kept being asked about my forthcoming projects with Eddie Campbell. After a while I just smiled sweetly and thanked people for their kind words and quickly changed the subject. Eventually I realised that there must be another Daniel Best who wrote those stories because I knew it wasn't me. Out of the blue Daniel emailed me and we caught up over a drink or two yesterday in his home town of Brisbane. Funny thing, he keeps being told that people like his blog and his Andru & Esposito book, so he accepts the praise too. Still it was good to be able to pass on the kind words and spend an hour or so with both Daniel and Daren White, who is also just too nice a guy for words. We've promised to stay in touch, and we've already floated an idea of the pair of us collaborating on a story for Daren's DeeVee magazine. 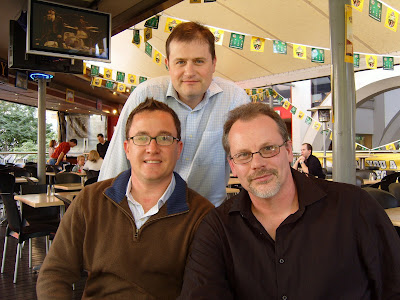 Now if you're in San Diego this year, don't be yelling at the Daniel Best that attends. The one that'll be there is the good Daniel, we rapidly worked out that I'm the agitating Daniel. Here's the hint - from left to right - Daniel 'Escapist' Best, Daren White and Daniel 'Who Hates Me This Week?' Best. 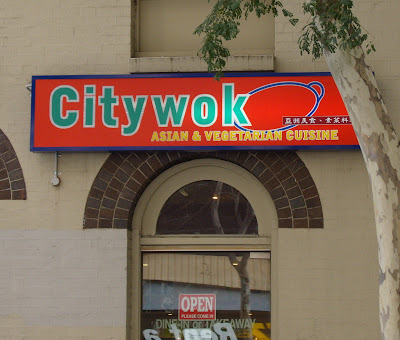 On the way to lunch yesterday we spotted this sign and I just had to take a photo of it. Sure, it's juvenile, and yep, I did walk past doing all kinds of South Park jokes, but hey, when it Brisbane, do as they do.

Anonymous said…
Hey Dan, nice to catch up. I reckon a potential collaboration might be a EC romance/horror pastiche