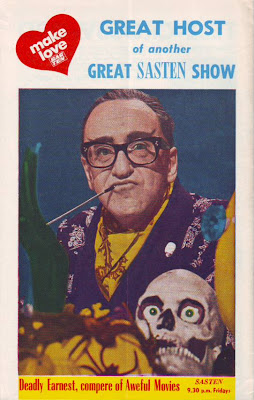 Ok, hands up who doesn't remember Deadly Earnest? This ad appeared on the rear of an old TV Guide (I managed to buy about 400 of them yesterday, just for fun) and doesn't it bring back memories. And look, good ole Yorick is right there with him. I used to live for watching Deadly Earnest, even after Russell Starkie took over, although once I watched Trilogy Of Terror I decided to give the show the flick. Scared five kinds of crap out of me. 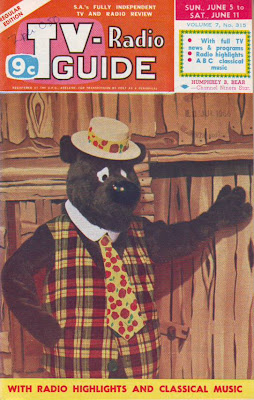 What a funny old fellow is Humphrey. All he needs in this shot is a coffin nail in one of his paws and it'd look perfect. This is the casual side of Humphrey. Girls he's still kicking around, has his own show and is world famous. Plus he's a bear who doesn't wear pants. Hard to believe that he's still single.

ashleigh said…
Deadly Earnest used to scare me so much I'd have nightmares.