May 16, 2008
Each hour of each day brings more and more tributes to Gene Colan. Keep 'em coming, Gene loves them and according to all accounts they're really lifting his spirits.

Help support Gene by checking out what my good pal Clifford Meth is doing.

Remember - you can send Gene a card to lift his spirits, the address is here.

Clifford Meth also has this information on his blog:
We're getting lots of email saying, "How can I help?" If you're a writer or artist or TV/film professional, please contact me --Or just mail a drawing or signed book or whatever it is you're contributing to:
COLAN c/o Clifford Meth
179-9 Rt. 46 West
Box 252
Rockaway,
NJ 07866

Items will be auctioned off at ComicLink.com

All of the comments are now up on my main site, in a single page, hopefully they'll be a bit easier to read there, and as more come in then I'll add them in there. Gene will be able to have it printed out a lot easier and will be able to read them all - and read them he has. Remember, you can either send a tribute and I'll put it up there, or you can post a comment. It's that easy. Send a link of a forum where Gene is being mentioned if you want. For now, on with the show! 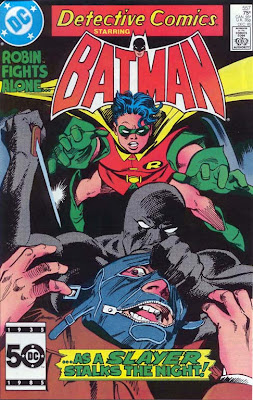 I first encountered Gene Colan’s unique work in 1962 via one of those delicious 5-pagers Stan Lee was running in Journey into Mystery. He stood out from the pack almost as if he had parachuted in from other comic house. (In a way, he did!) To my innocent 8-year old eyes, “I Was a Prisoner of the Voodoo King!” was genuinely frightening. Colan’s work, realistic in a creepy and crepuscular way, was nothing like that of Kirby, Ditko, Ayers or Heck.

I didn’t encounter him again for years. And when I did, I didn’t recognize him on the new Sub-Mariner strip in Tales to Astonish. Obscured by Vince Colletta inks, he was hiding behind the pen name Adam Austin. I liked this new guy very much. Unreservedly.

Soon enough he unmasked. From Sub-Mariner he went to Iron Man, and then on to his tremendous run on Daredevil. I’m not sure I immediately connected Gene Colan’s name with “I was a Prisoner of the Voodoo King!” but I found his style, as it evolved, sometimes unsettling. Was I subliminally reacting to burned-in-my-brain memories of that old horror story? Could be. But that’s how powerful Colan’s work was.

One of the things I most admire about Gene Colan and his work is that while other artists mutated over time, some simplifying their stylistics, others becoming parodies of themselves, Gene Colan stayed eternally Gene Colan.

And now, his health faltering, he is working on a Captain America story. I admire his professionalism, and I hope he finds the strength to finish that story. But a part of me feels that Gene Colan has earned his days. Ultimately, that single story won’t add very much to his towering body of work. How he spends this precious time does matter. Good luck, Gene. Use these days wisely and well. 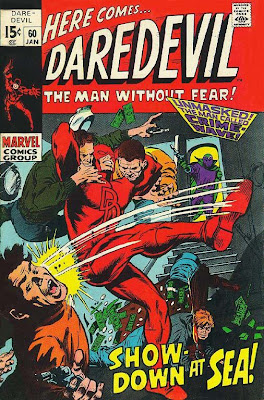 Anonymous said…
The first comic book that REALLY scared me, was »Tomb of Dracula« # 4. Page 12 features a memorable sequence on a rooftop, where Dracula turns from bat to human. The evil smile on his face kept me sleepless for a few nights. It took me a long time to work up the courage to buy another issue. Gene Colans art was unlike anything I saw before. The dramatic angles, the shadows, the dramatic storytelling set him apart. And those incredible faces! I could see that even as a kid. His first run on Dr. Strange was another milestone. Only Gene could make us forget about the giant footsteps of Steve Ditko. He made the series his own. Beautiful stuff! 34 years later I´m still a fan. I followed Gene from Dracula to Batman, from Night Force to Nathaniel Dusk and back to Dracula again. I adore his work. Still try to get the stories he did for Jim Warren. Even hunted down »Wake«, the only work he did for EC. Thank you, Gene, for the many hours of pleasure your work gave to our lives! I hope you get well again!