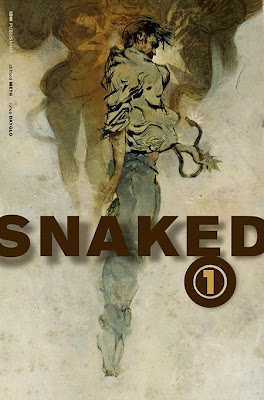 Producer Richard Saperstein has optioned the film rights to Clifford Meth's comicbook series "Snaked" from IDW Publishing, the company behind "30 Days of Night."

Based on an original story by Meth, "Snaked" is a horror-noir that follows the personal and political exploits of a government employee with supernatural, snakelike abilities.

"The political arena forms the perfect backdrop for Clifford Meth's heady mix of horror, sex and mayhem," said Saperstein, former prexy of production at Dimension Films, who has overseen pics including "1408," "Rob Zombie's Halloween" and "The Mist."

IDW released the first installment of "Snaked," whose publishers call it the most "controversial book" it's ever published, in December. The third book in the series was released on Feb. 13. Meth will pen the screenplay, and he will exec produce with IDW Publishing prexy and founder Ted Adams. Shara Kay will co-produce.

I'll tell you right now, no-one deserves this more than Cliff. He's a damn good guy in my book and anyone who says differently, well, I'd be asking them what their problems are. Attention Deficit Disorder perhaps? Plus which I've never known a guy as humble as Cliff is so it'll be a welcome change to see someone rise to the top and not allow his head to swell. Plus the Snaked series is one of the most interesting, and fresh, comic books I've read in a long, long time. I can't wait to see how it all wraps up, if indeed it does.