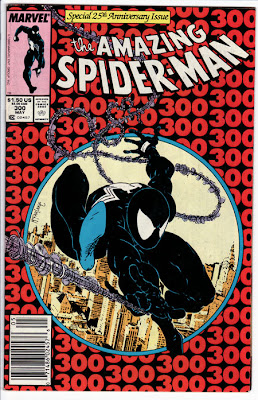 Considering the storm that is now raging it seemed apt enough that I added this one to the art recreation files. What you're seeing is the iconic cover for The Amazing Spider-Man #300 as drawn by Todd McFarlane. McFarlane no longer draws Spider-Man, but his work on that title overshadows anything he's done before, or since (including Spawn) for the majority of the people out there. One thing that McFarlane did bring to the title was a new approach. For better or worse, his exaggerated style made the title popular once more and breathed new life into the character. 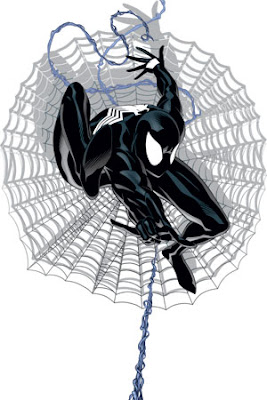 What you're seeing here is one of the pieces of cover art as done by Michael Golden for the cover to the Heroes Convention 2007 program. It's already been pointed out that the image isn't so much of an 'influence' than it appears to be a straight copy. The question remains, why would an artist of Michael's talent resort to copying the art of someone that has always pointed to him as a major influence? Michael, or Renee, may deny the swipe charge, but seriously, the images are pretty damn close.

You decide. As a now defunct web-site used to ask; Swipe, Homage or Coincidence?

Anonymous said…
Golden stated that since he and Todd are friends, and that, indeed, Todd wrote the introduction to one of Michael's art-books, that it would be nice to homage Todd's famous Spidey cover.

It was all out in the open.
Nothing deceitful or suspicious about it at all.

I also remember way back, nearly a decade ago, an interview with Golden (Wizard mag?) he stated that if he were to have a protege' (I think he actually used the words "someone who could be "my kid") it would be Todd McFarlane.