CHEESE FACTOR: 0/10
(I wouldn't dare say anything about this is cheese!)

In the early 1990s a pal of mine went over to England to work as a journalist and found himself with a decent assignement - interviewing producer Steve Lillywhite (U2, Rolling Stones, any number of artists you can think of). They got along like the proverbial house on fire and after the interview they had a few drinks. Then my pal told Lillywhite that he wanted to punch him in the nose and how he always hated him. Lillywhite looked stunned and asked, "Why?" "It's got nothing to do with your work," replied my pal, "it's because you bloody well married Kirsty MacColl!" Lillywhite thought for a second and then threw his head back and laughed. Chuckles all round.

I first heard this song via my brother who was well into Billy Bragg. I admire Billy Bragg for what he does, but to be honest I can't listen to an album by him and I'll freely admit that I nodded off at one of his concerts, much to the horror and disgust of everyone present (except me, I was busily snoring away). That whole 'one man, a guitar and the truth' gets a bit monotonous at times, however Bragg does have talent and you can't fault him that.

I loved the words to this song when I first heard it and when I discovered that Kirsty MacColl had recorded and released it I was straight down to the record shop buying it. I'd first heard Kirsty when I bought the magnificent They Don't Know on the, you guessed it, Stiff label*. Kirsty was more than apt as a songwriter (indeed in the USA I think that's what she was primarily known for) but then when you consider that her father, Ewan MacColl wrote the timeless First Time Ever I Saw Your Face, well the apple didn't fall from the tree in this case. How good was Kirsty? She actually had a minor hit with the song There's A Guy Down The Chip Shop Swears He's Elvis, and then there's the classic Don't Come The Cowboy With Me, Sonny Jim. Brilliant! 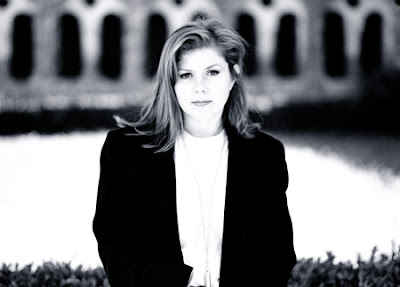 This song though is as perfect a song about unrequited love as you're ever likely to find and has one of my all time favourite verses in it:
I saw two shooting stars last night
I wished on them but they were only satellites
Is it wrong to wish on space hardware
I wish, I wish, I wish you'd care

Add to that one of the opening lines;
I don't feel bad about letting you go,
I just feel sad about letting you know
Tell me you've never had that going through your head when you've broken up with someone and you've done that phone call when you say you miss the other person? C'mon...be honest. And I know I've had this more than once;
Once upon a time at home
I sat beside the telephone
Waiting for someone to pull me through
When at last it didnt ring, I knew it wasnt you...**

In Billy Bragg's hands the song sounded like one giant whinge and you wanted to just slap the guy and tell him to embrace and deal with his issues, just bloody well get on with it and stop being such a crybaby. However in the hands of Kirsty MacColl it sounded like poetry. You just wanted to give her a giant hug, hope she'd forgive you and take you back, or, on the other hand, go and find the person who dumped her and kick the crap out of them for being such an idiot, and then going and giving her a big hug etc etc - such was the beauty of her voice. And frankly, she was gorgeous in her own right. To his credit Billy Bragg has always performed the extra verses that MacColl inserted into the song, making it less of a Billy Bragg tune and more of a Billy Bragg/Kirsty MacColl creation. Such was the power of Kirsty, she took the song from it's author and made it her own. Not many people are able to do that and she did it more than once - one listen to her versions of Days and You Just Haven't Earned It Yet, Baby are enough to make you forget Ray Davies and Morrissey/Marr easily.

She's gone now, sadly enough, in very tragic and highly suspicious circumstances (one day justice will be served). All I can say is that if there is a Heaven and people like Kirsty MacColl are there, well I'm looking forward to it.

-------------
*As I've pointed out to someone in email...Stiff were about the only label that I collected. I'd buy singles by bands and artists, but I'd buy everything on Stiff. Even when I bought stuff on the Radar or Chiswick labels later it was because the artists had originally been on Stiff. Still it was Stiff, by the way of Radar, that I first found bands like the Soft Boys and as such Robyn Hitchcock...

**Because I can, here's the full lyrics as sung by Kirsty:

I was twenty-one years when I wrote this song
I'm twenty-two now, but I won't be for long
People ask me when will I grow up to understand
Why the girls I knew at school are already pushing prams

I saw two shooting stars last night
I wished on them, but they were only satellites
It's wrong to wish on space hardware
I wish, I wish, I wish you'd care

Once upon a time at home
I sat beside the telephone
Waiting for someone to pull me through
When at last it didnt ring, I knew it wasn't you