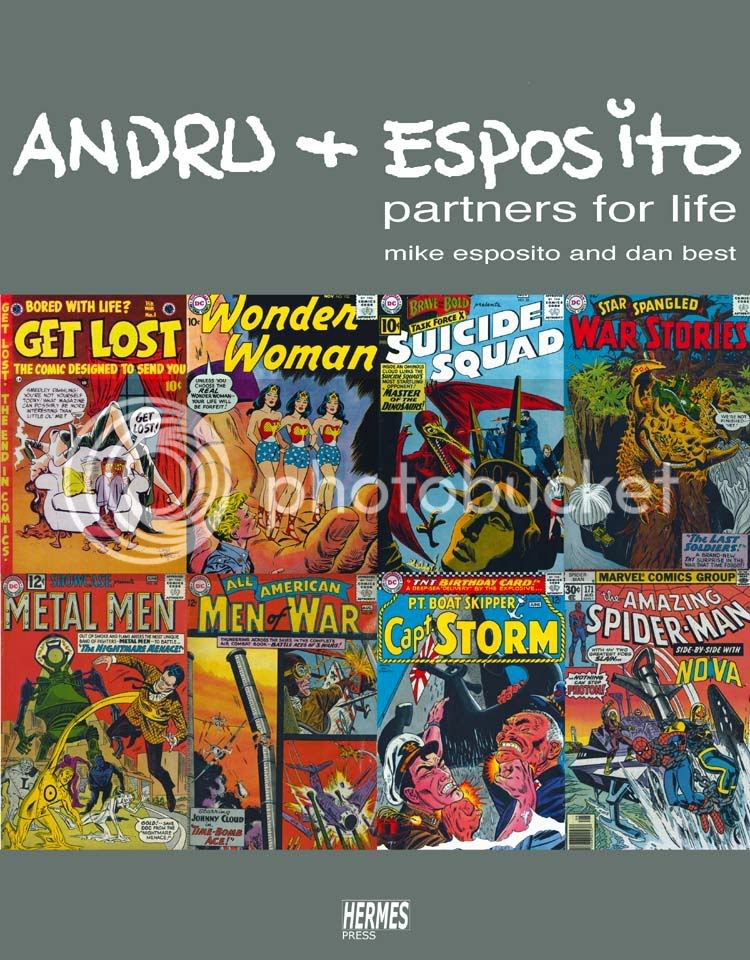 Well the book is now out and on the shelves (you can order it from Amazon using the link on the side of this page). I'm not exactly sure as to the reasons why but a large portion of the text wasn't used. That includes some great interviews, so rather than lose them completely I've decided to run them here over the coming months as a companion piece to the book itself so you can see all of the great stuff that couldn't be fit into the book proper.

Feel free to print these interviews out and place them in your book. Otherwise enjoy these little pieces and then run out and buy a copy of the book so you can read the rest.

Murphy Anderson is one of the all-time great comic artists. His career spans over 50 years, and includes characters as diverse as Hawkman, the Spectre, the Atomic Knights and Buck Rogers. His clean style and detailed brushwork set the tone for many of the DC Comics of the Silver Age. He created the definitive portrayals of the Flash, Adam Strange, Batman, and Superman with his evocative inking.

Even before he became one of comics' greatest artists, Anderson was a science fiction fan; he's a member of First Fandom. He began his career working for the legendary Planet Stories pulp magazine in the 1940s and also applied his talents to its sister publication, Planet Comics. Now, 50 years later, Anderson is still active, painting cover recreations of his classic comics for Diamond Galleries.

This interview was conducted via phone in August 2005.

DANIEL BEST: When did you first meet Ross?
MURPHY ANDERSON: I’ve known Ross since back in the early ‘50s at DC. I was up there when Ross came on board, I think I got there a little earlier than he did, but he worked for Bob Kanigher and I worked for Julie Schwartz.

DB: Did you meet Mike at the same time?
MA: Yes. I knew them from when they were at Standard, not because I worked there but we had common friends and I’d go there and visit them once in a while.

DB: You used to talk to Ross about strange phenomena?
MA: Yes, yes. We both had an interest in the Shaver Mystery. I’d been a big fan of science fiction since the late ‘30s and Amazing Stories was my favorite magazine. When I was in the navy I met Ray Palmer, who was the editor. I was stationed in Chicago and I was only a couple of blocks over from Ziff Davies who published Amazing Stories. It was very popular with Long-John Neville. Long-John used to periodically talk about the Shaver Mystery on his radio show and Ross and I both listened to that. We both talked about it.

As far as working together, I don’t think I ever worked with him. I might have inked a cover or penciled something that Mike might have inked, but I don’t have any recollection of working with Ross.

DB: How did you see Ross as an artist?
MA: I thought he was an excellent artist. Like a lot of artists when he worked at Standard Alex Toth was the big improver at the time and he was very enamored with Alex Toth’s work. So I think Ross was like most of the artists there, this was in the early ‘50s, who came under the edict of trying to work like Alex. Mike Sekowsky, George Tuska, Artie Saff, all these men were trying to adapt to that. With Ross it was natural.

DB: What as Ross like as a person?
MA: A very, very nice man.

DB: Did you have much contact with Mike over the years?
MA: Yes, I’d see him and we’d chat. We never talked as much about the science fiction stuff, it was mostly work. I’d see Ross quite often because Bob Kanigher and Julie Schwartz shared an office and Ross would be working up there. Ross, Mike and Bob worked a lot on different features, not only Wonder Woman, but they did more war stories than super hero stories. When super heroes started coming back Bob Kanigher needed an artist and it was only natural that he turned to Ross.