Showing posts from April, 2006
Show All

April 22, 2006
In my attempts to reduce stress this week saw me cancel my meeting with the bosses at my day job. I then informed them that I'd be going part-time and working only three days a week. This then frees up two days so I can concentrate on my writing and other, more fun and personally rewarding, persuits. Personally I think they were pleased as it now gives them a legit excuse not to offer me anymore contracts. Oh the sheer joy of it all. I'm about to begin work on my third book. I'll also be putting the finishing touches on my second and getting it read to send to the publishers. In the meantime I'm being sounded out for a fourth book, with work to begin sometime towards the end of the year. So what the hell do I need to be treated like crap at a day job? Sure I need to pay the bills, but eBay can take care of that easily enough, and I'm sure that I can snare a part-time contract in another region easily enough. Life is starting to look damn good. The depressi
1 comment
Read more

Before I Forget: Heaven On A Wednesday Night Part I

April 18, 2006
There's some things that a soul just can't forget and some things you shouldn't be allowed to forget. Heaven on a Wednesday night is one of those things for me that falls into both categories. Back in the day, and we're talking 1994 for those who can recall back that far, I, along with a pile of others, were given a second chance at a wild childhood with Heaven and it's Wednesday night retro party, Timewarp. There's been plenty of other Timewarps spring up since those days, but to quite a cliche, the original will always remain the best. I can clearly recall going back to Heaven in around 2000 for a look at their Timewarp and leaving after they played such retro classics as Will Smith's Get Jiggy Wit It, along with the latest from whatever idiot had won Popstars that week. They missed the point entirely, but then that'd be the reason it died a miserable death - the club was barely a fifth full. In it's heyday, back in '94, they'd have to tur
Post a Comment
Read more 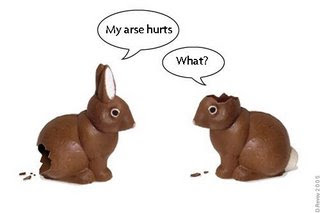 I like Toth. He's an odd fellow at the best of times, but you have to admire a guy who replies to a letter and admonishes you for your only mistake - forgetting to date the damn thing. Toth is a visionary in every sense of the word. There's some like Steve Rude - a giant - who's based a good portion of his career on what Toth did back in the day. I've never met Toth and I don't expect I ever will. However I did have the chance to correspond with him about Ross Andru & Mike Esposito for my book, Partners For Life . Toth sent back a prompt reply detailing how he admired both men for what they did professionally and how he was very taken by Andru as a fellow artist - high praise indeed. I thanked Toth, sent back a detailed reply and a book and got another letter explaining how wrong I was with my questioning. That was cleared up and the last series of letters I got explained how Toth had lived in Australia (Sydney) in the early 1970s - something that I had wonder
1 comment
Read more

April 07, 2006
I tell you I don't want that back again. Talk about hellish!!! Still the drugs are working and for once I'm doing what everyone is telling me to do - staying put, sitting on my rapidly disappearing buttocks and just resting up. I've lost a bit of weight so I'm not as porky as I was a while back, which gives me an idea - I'll keep sloughing it off and just present myself in public in a couple of weeks time a skinnier person. Or I'll just pig out on salt and vinegar chips and pork up again. Either way...still I'm happy - I managed to eat some solid foods last night - a nice slice of meatloaf - and it's remained where it should be . No drinkie night for me tonight. In hindsight I should have stayed home last week but being the idiot I am I just had to go out and get some suds in and become sicker. Talk about a maroon. As an aside - Doc , if you want to drop Firefly off I won't say nope, but for now you'll have to actually visit the inside of the ma
Post a Comment
Read more

April 05, 2006
Well I'm still alive, albeit barely at times. I can't remember when I've had an infection run through me as violently as this one has - it's trimmed a lot of the suet from my porky body in a mere few days, making me slimmer than I've been in years, but at what cost. I can barely raise the energy to type, I've not been at work since Thursday morning and I've done nothing here other than wash sheets since then. It's an effort to even type these words, but hey - that's life! I'm a poor patient for many reasons. I like to know what's going on and it upsets me when the doctors just take a quick look and say, "Well that's me licked!" Oh great. Hurray for medical advances. At least we've seen the same doctor now more than once and he's actually giving me the horse pills ( Clavulin Duo Forte ) and something that'll help my breasts grow all perky ( Prednisolone ). Fortunately I'm eventually going to marry a chemist and s
4 comments
Read more
More posts