Have We Got Books? 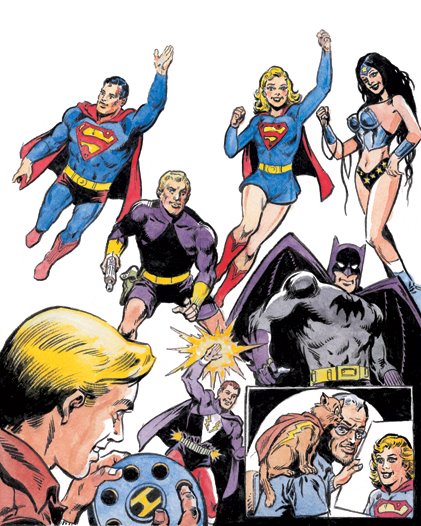 The answer is a resounding yes. We have books. The contracts for the Jim Mooney book have now been signed and are winging their way back to the States. The cover art that you're now seeing probably won't be the final version, but it will be as close to it as can be. I'm about to approach a graphic designer and see if I can't get a decent deal on mapping out a new cover. It'll still be all Mooney, so fret not. Colour me happy indeed. I've approached the publishers with an idea for a signed, limited edition and that's gone down only too well, so fingers crossed and more news as it arrives on the desk.

On another note...The cover you're seeing for the Andru/Esposito book will definitely not be what arrives on your desks. The problem with the cover is the huge Superman figure - it's not an Andru/Esposito drawing, it's an Andru/Giordano figure. I knew this at the time, as did Michael Netzer (who designed the cover for me) and there was no malice intended, nor any form of deception. However it has been pointed out to me on more than one occasion that Dick Giordano is the actual inker, and that Dick also altered the face on the figure - just for the record, I know that now and I knew that then. The idea was to get a damn good cover mock-up done that I could then use to help shop the book around to prospective publishers - it worked a treat as the book will be coming out, albeit a bit later than expected. The new arrival date will sometime in late August. 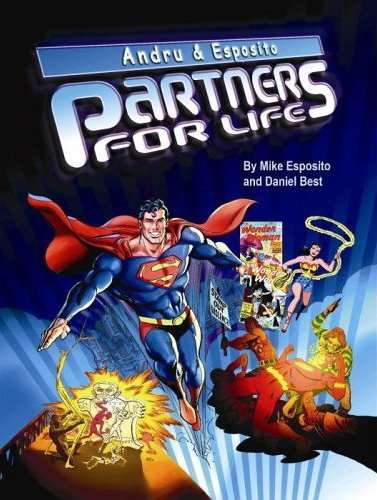 My hope is that it arrives in time for my birthday - that'd be a lovely present.

In other book news, watch this space for an announcement for a fourth book that'll be heading towards your bookshelves sometime in 2007. There might be a book inbetween the Mooney and the new one, but at the moment nothing has been settled and work on the third book has been just a little too slow. I'm doing my best to speed things up somewhat, but...

Even better, I'll be pitching an idea for a fifth book sometime this week. This one will be yet another collaboration and I like the concept and I'm really looking forward to seeing if it takes off. Add to that a handful of magazine work and you can see why I've not got much time left to have a scratch these days.

Having said that, I'd not trade what I'm doing for the world.