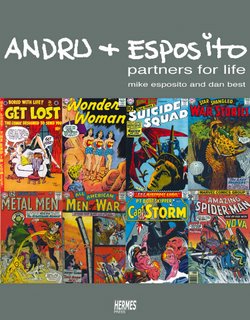 The book can be ordered via the Amazon link or via the Hermes Press web-site. Remember folks, I don't get anything from this book - all the proceeds will be going directly to Mike Esposito himself. No-one else will be making a cent from the book (other than recouping publishing costs I expect). Go and buy it - I've read it and I didn't mind it, hopefully the reviews won't be too scathing.

That's a cast to die for! Three years in the making, 18 months of solid writing, quite a few thousand in expenses and a good portion of my life (and it still looms large in my world). It'll be worth it when I have the finished product in my hand.